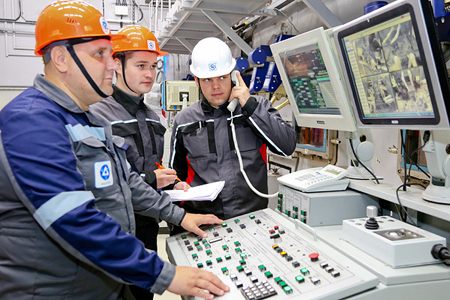 In 2017, the shielded cell installed at the SFA cutting area of the attached SNF storage facility of the Smolenskaya NPP successfully passed the radiation tests with the use of sealed radionuclide sources.

The shielded cell is an air-tight room to contain main process equipment intended for receiving SFA, cutting SFA into two bundles of fuel rods and loading them into UKKh-109 type canister. The walls of the shielded cell are 1000-1100 mm thick and made of heavy concrete with a density of 2400-2500 kg/m3 (locally - up to 5200 kg/m3).

The radiation tests were aimed to verify the integrity of the cell biological shielding made as an air-tight barrier that includes the walls, the floor and the ceiling, gamma gates and penetrations and assess the compliance of its actual efficiency with design parameters.

The specialists of Sosny R&D Company Completed the following work:

Two sealed radiation sources ГИК-7-4 with 60Co radionuclide were used for radiation testing; their total activity was 1883 Ci. The sealed sources were delivered to the Smolenskaya NPP from the Mining and Chemical Combine in УКТIB-250-12 packaging that ensured the shielding.

The radiation testing of the biological shielding was performed under the work permits (radiological permits) according to the radiation safety instructions in effect at the Smolenskaya NPP. Sanitary-Epidemiological Certificate was issued by the Federal Medical-Biological Agency Interregional Department that stated that the work conditions while using sealed radiation sources ГИК-7-4 at Smolenskaya NPP comply with the state sanitary and epidemiological regulations and standards.

The radiation tests were performed during several shifts under technical supervision of the Sosny's specialists. Before starting the work the walls of the rooms adjacent to the shielded cell were marked with a 1х1 m coordinate mesh to allow positioning a detection unit relative to the position of the source. During the radiation testing the sealed sources were remotely unloaded from the transport package, moved in the shielded cell inside a special canister and successively placed in the nodes of the coordinate mesh. Three parallel dosimetry teams were measuring the ambient gamma dose rate equivalent in the adjacent rooms with certified portable MKS KP-AD-6 dosimeters.

The sealed sources were remotely handled in the shielded cell by the NPP operators stationed in the operator rooms. Master-slave manipulators and the equipment units developed by Sosny R&D Company were used to handle the sealed sources. 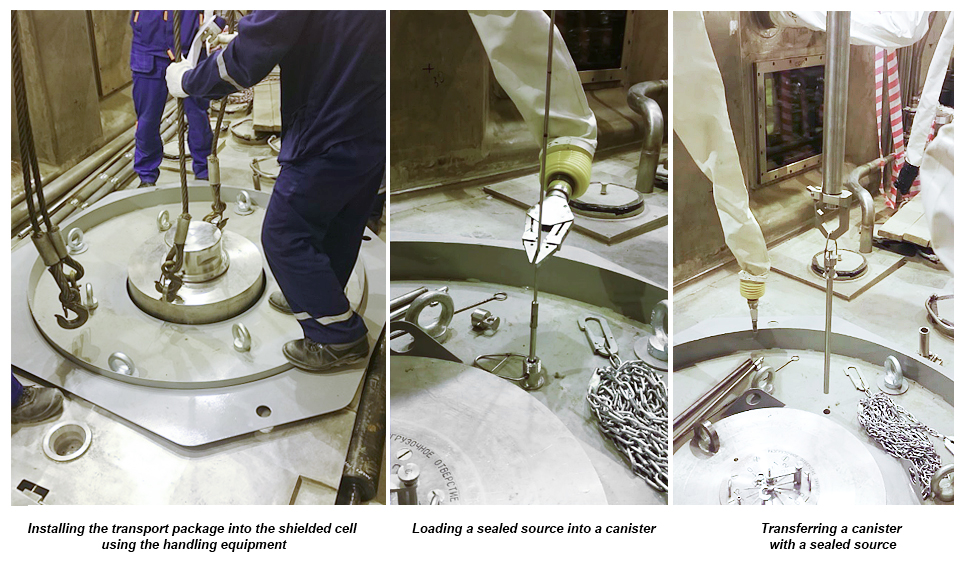 The accomplishment of the tests in the shortest possible time contributed to timely preparation of the attached SNF storage facility of the Smolenskaya NPP for its commissioning.