Preparation and Removal of KM-1 Prototype Reactor Core from A. P. Aleksandrov Research Institute of Technology

The testing capabilities of A. P. Aleksandrov Research Institute of Technology (NITI) include a wide range of laboratories and experimental prototype propulsion reactors. Among them was the land-based prototype naval liquid-metal reactor KM-1.  In 1987, the core together with the spent fuel was removed from the KM-1 prototype reactor and placed in the storage well.

Under the government contract with Rosatom State Corporation, the Sosny R&D Company performed preparatory work for removal of the KM-1 core from NITI to Gremikha Northwest Center SevRao, a branch of FSUE RosRAO.

The work included the following:

1) revision of the handling and transport plan and process regulations, safety justification of operations;

3) preparation of the consignor's and the consignee's sites for the operations;

4) delivery of the empty TUK-143 cask for transportation of the KM-1 core from FSUE Atomflot to the NITI site;

5) testing of the equipment;

7) loading the KM-1 core into the TUK-143 cask and shipping to the reloading terminal by rail;

8) reloading the TUK-143 containing the KM-1 core on the Rossita ship and its delivery to the village of Gremikha;

9) unloading the KM-1 core from the TUK-143 cask into the storage facility of Gremikha Northwest Center SevRao, a branch of FSUE RosRAO.

In September 2016, an empty TUK-143 cask in a tilter cradle was delivered from FSUE Atomflot to the NITI site by rail. There, it was installed on the  support in the storage well; the  service platform was arranged above and a shielding insert was placed inside the cask. 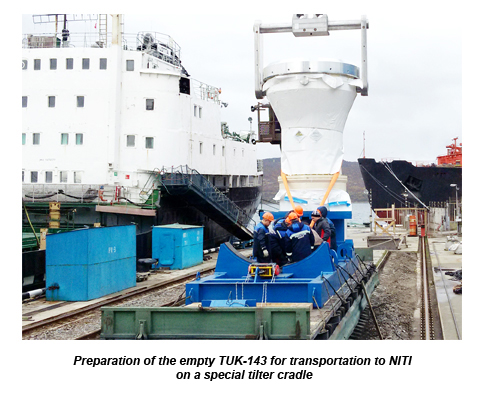 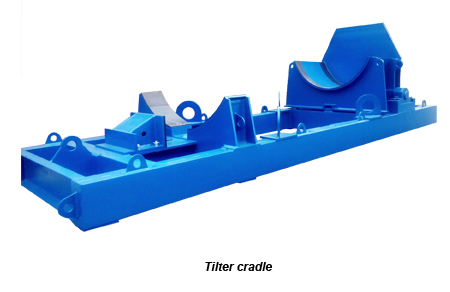 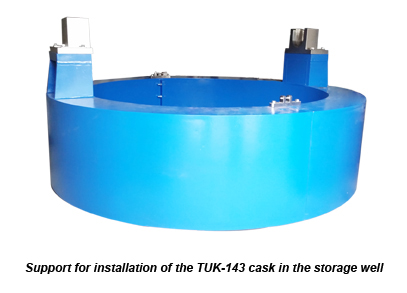 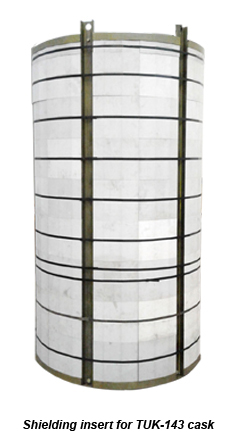 The safety justification of the operations was followed by getting a certificate of approval, conducting personnel training, and hands-on reloading of the KM-1 core from the storage well into the TUK-143 cask. During the entire campaign, neither occurrences, nor increase in ionizing radiation dose rate from the loaded TUK-143 cask happened.

The TUK-143 cask containing the KM-1 core was forwarded by rail on a special transporter with hydraulic tilting capabilities ensuring the safe transportation in compliance will all safety requirements.

In August 2017, the cargo was delivered to a FSUE Atomflot's site where the TUK-143 cask was reloaded into the hold of the Rossita ship for transportation to its destination, the village of Gremikha. The ancillary equipment was loaded on board the ship, too. On arrival of the Rossita ship to Gremikha, the ancillary equipment was the first to be offloaded, mounted and tested. Then, as the SevRAO technological procedures state, the KM-1 core was offloaded and put into a storage facility. 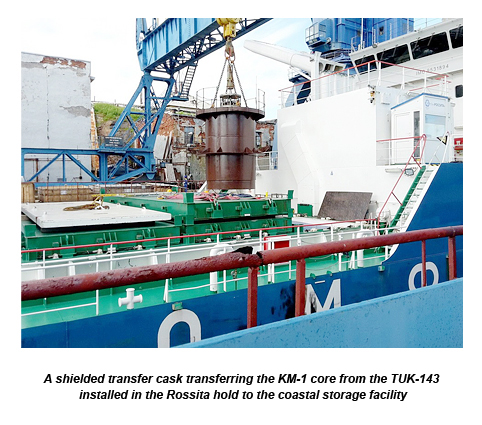 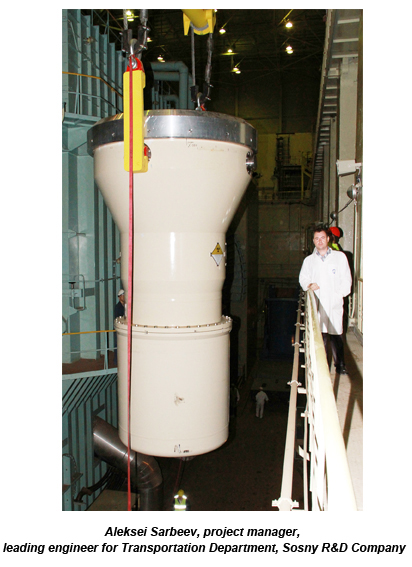