The area for preparation and pressing of the uranium and plutonium dioxide powders mixed with carbon is part of the fuel fabrication/re-fabrication plant of the pilot demonstration energy complex (PDEC) being established at Siberian Chemical Combine (SCC). An air-tight shielded glovebox with inert atmosphere housing the disc pressing equipment is the most important unit of the area. Nitrogen atmosphere with minimal oxygen and moisture content is maintained in the glovebox. Only the press working area is located inside the glovebox, while the drives, the sensors and the stiffness structure are outside to facilitate the serviceability. The unit also includes a transfer airlock, a control line glovebox and a conveyor that connects the unit with the other units of the fabrication/re-fabrication plant. The glovebox contains the necessary infrastructure to support the technological process.

The powder is thoroughly mixed in a ball mill or a vortex intensifier to provide the closest contact of the uranium and plutonium dioxide particles and the carbon powder and then the mixture is fed to the matrices of the automatic press. The press compresses the powder mix in the press matrices to form the discs. Ready-pressed discs are pushed to the conveyor belt and are transported to the control line glovebox  to be loaded into the heat-resistant boats there. The filled boats are weighed and transferred for the carbothermal synthesis.

The use of torque motors and high-precision ball screws as actuators is a peculiar feature of the press design. Floating matrices and punches of various types - stationary lower punches and movable upper punches - are used as end-effectors.

The gloveboxes are equipped with a vacuum cleaner with accumulated powder control. During the design phase, special attention was paid to nuclear and radiation safety assurance. Enclosing the equipment in the air-tight gloveboxes prevents the release of radioactive substances into the workshops and the environment. Fully automatic process minimizes the exposure of the personnel. During radioactive material handling, self-sustained chain reaction is excluded due to the design features of the equipment components having nuclear-safe volume.

The operability of the unit in the normal operation mode and under earthquake loads is confirmed by the calculations performed by certified analytical software.

The pressing equipment was designed and developed by Sosny R&D Company and CHAMPALLE (France). The factory acceptance testing of the unit was performed on the Sosny's site in Dimitrovgrad, using mock-up powder.

General supervision over the project was exercised by TVEL and PRORYV Innovation Center. SCC is the general customer and the end user of the equipment. VNIINM, SverdNIIkhimmash and ATOMPROEKT contributed to the design. 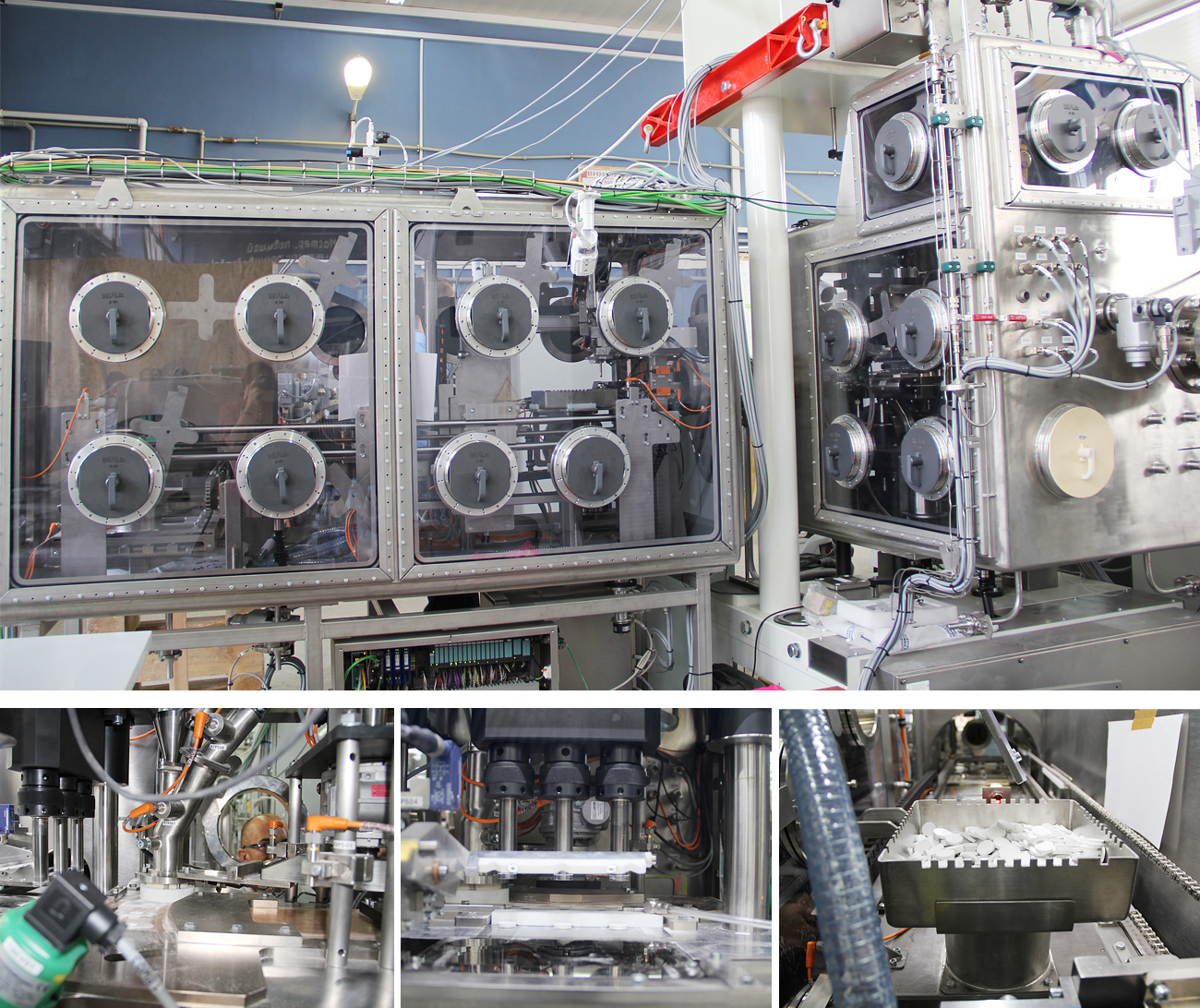