Procedure and Equipment for Safe Shipment of MNSR Fuel

This work was performed within the MNSR Conversion and Removal Program aimed at conversion HEU into LEU and HEU removal to the country of origin, i.e. China. The first removal under the Program was the removal of the GHARR-1 reactor core operated by the National Nuclear Research Institute of the Ghana Atomic Energy Commission (Accra, Ghana) and being one of the MNSR reactors designed and constructed by China in several countries (China, Pakistan, Ghana, Iran, Syria, Nigeria) in the 1980s and 2000s

A TUK-145/С packaging with a modified basket and certified as TUK-145/С-MNSR was selected for the shipment of the MNSR core and loose fuel rods to China. This packaging ensures the required safety level to comply with the IAEA requirements for the packages containing radioactive materials.

By order of the U.S. DOE and IAEA, the activities related to HEU fuel removal from the GHARR-1 site were carried out by Sosny R&D Company.

The procedures were developed, the equipment was designed and fabricated to support the reactor defueling, loading of irradiated fuel into a shipping cask in Ghana, and reloading of the fuel from the shipping cask into a storage facility in China. The equipment consisted of a fully automatic teleoperated transfer cask for the core reloading from the reactor into the TUK-145/С-MNSR package. The experts of Sosny R&D Company justified the safety of the operations.

In 2016, after the personnel training supervised and guided by Sosny R&D Company, the core was withdrawn from the reactor and loaded into TUK-145/С-MNSR in practice. Non-irradiated fuel rods were loaded into a separate compartment of the TUK-145/С-MNSR basket.

The Russian certificate of approval was issued for the road and air shipment and endorsed in Ghana and China. In 2017, the HEU was delivered by air from Ghana to China in transit through Russia. The shipment was organized and implemented in full concordance with all national regulations regarding emergency response and overflying permits in dozens of transit countries. 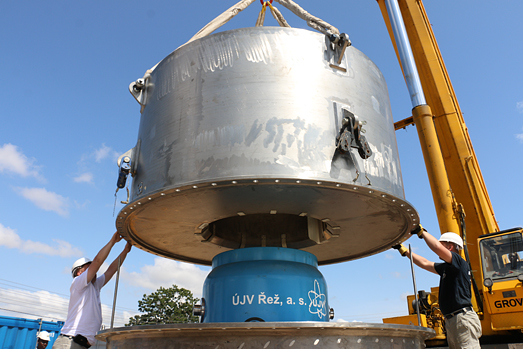 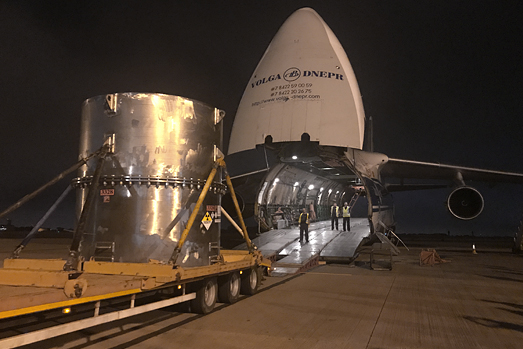 The core procedure developed within the project can be easily adaptable to any project with a similar reactor. The lessons learned while handling and shipping the irradiated MNSR fuel will be used in the future conversion projects. 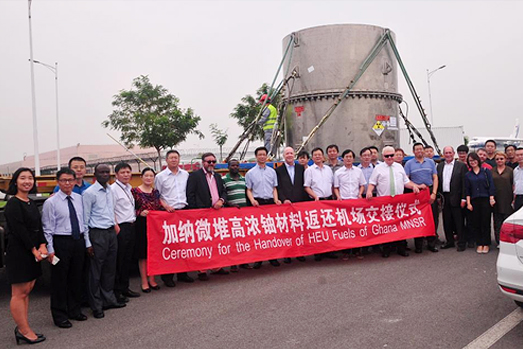