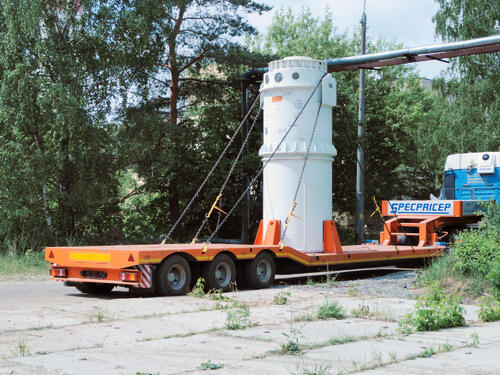 The specificity of the IPPE site that has operated the world's first nuclear power plant, AM ("Атом Мирный", Russian for Atom Mirny, or "peaceful atom") since 1954 arises from a big number of critical facilities, shielded cells, and research reactors of various types. For more than 50 years of operation, the IPPE storage facility has accumulated a considerable stock of the irradiated nuclear fuel of various compositions that, for the most part, is damaged.

Since 2008, the Sosny R&D Company has participated in the preparation of the spent fuel for removal from the IPPE storage facility under the Federal Targeted Program "Nuclear and Radiation Safety". In 2009, preparations began for a pilot removal, for which the VM and EK-10 spent fuel assemblies were selected. The shipment was supposed to use the TUK-19 cask designed for the transportation of the research reactor SNF. Due to the dimensions, however, the fuel assemblies did not fit the TUK-19 cask; so, it was decided to develop technology and equipment for separating the SFA cores and loading them in air-tight canisters. The Sosny engineers developed a set of equipment including:

Since there had been no shipments of the spent fuel from the Institute for a long time, the existing railway became inoperable. To support the removal, a transport plan was developed taking into account these circumstances. It included preparations of the spent fuel for the removal, getting licensing documents, loading the SNF into the TUK-19 cask, delivery to a reloading terminal by road, and transportation to the reprocessing plant at Mayak PA by rail.

In August 2011, for the first time in 15 years, a part of the irradiated nuclear fuel was removed from the IPPE storage facility to the reprocessing plant. 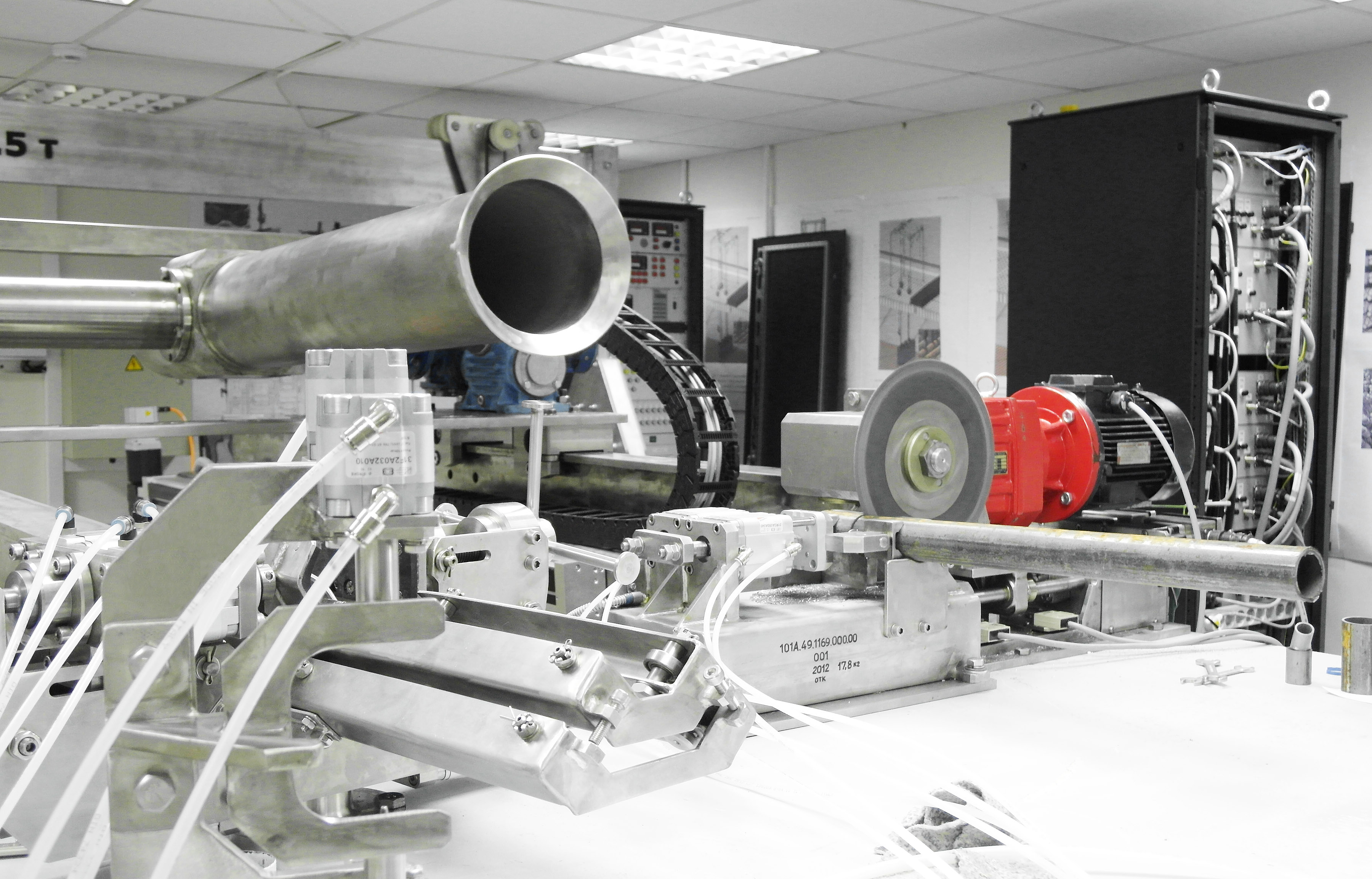 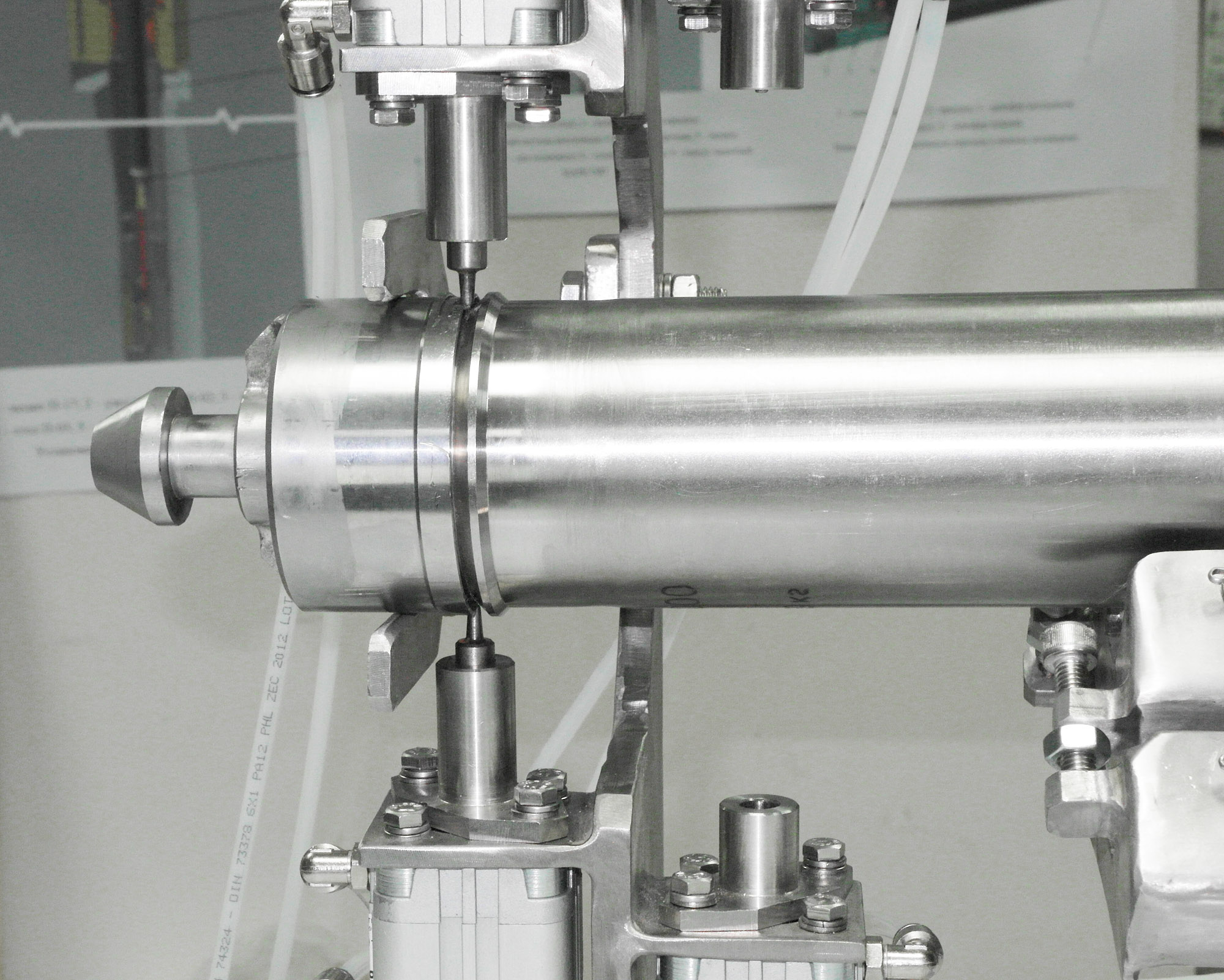 The next stage of work was the preparation of the AM spent fuel that occupied most of the storage facility and was considered leaky. It was decided to use a reinforced concrete cask TUK-108/1 for the shipment since its dimensions and shielding features allow accommodating the whole AM fuel pins. Sosny experts developed technology and equipment for loading the long-length AM spent fuel into air-tight canisters in the IPPE hot cell. The SNF-containing canisters were loaded into the TUK‑108/1 cask with the IPPE's upgraded transfer cask and other specifically fabricated equipment.

To prepare the spent fuel for transportation, a few dozen types of equipment and systems were designed, delivered, and commissioned including the following:

The air-tight canister designed for the AM fuel rods substantially increased the quantity of the fuel rods per shipment. This required a safety analysis of the shipment and temporary storage of the canisters in the storage pool at Mayak PA.

The canister is designed so that to prevent a spontaneous twist-off of the lid due to vibration during transportation.

Getting authorizations and approvals required a safety analysis of the shipment of the AM SNF canisters in TUK-108/1 and obtaining certificates of approval of the package design and shipment of the TUK-108/1 cask accommodating canisters with the AM SFAs of various fuel compositions in all proportions.

Sosny R&D Company developed a local air purification system and equipment for retrieval of possible spills and remote surface decontamination to avoid loose contamination and unacceptable concentration of aerosols in the shielded cell.

Regular rail shipments required a thorough examination of the rail section from the IPPE transfer platform to the railway station in Obninsk; it revealed a necessity to reinforce the rail track to transport the Class 7 dangerous goods in the TK-VG-18 and TK-5 rail transporters. In 2013, the type R43 rails and points were replaced with R65, the wooden ties were substituted by reinforced-concrete ones, and the crossings were equipped with signaling systems and covering cord-reinforced rubber. Over recent years, the Sosny R&D Company has been providing technical support for the shipments of the spent fuel in TUK-108/1 and TUK-19 casks in compliance with the transport plan, as well as for upgrading the site infrastructure.

In 2016, a decision was taken to load the spent fuel of the VT, VM, TES-3 and some other types in the TUK-108/1 in two tiers to optimize the rail shipments. For this purpose, the Sosny designed and fabricated special-purpose canisters and developed technology for loading the spent fuel into them. To ensure nuclear safety, the canisters are available in different types and sizes to accommodate and transport the spent fuel. The canister handling equipment was either fabricated or upgraded including: 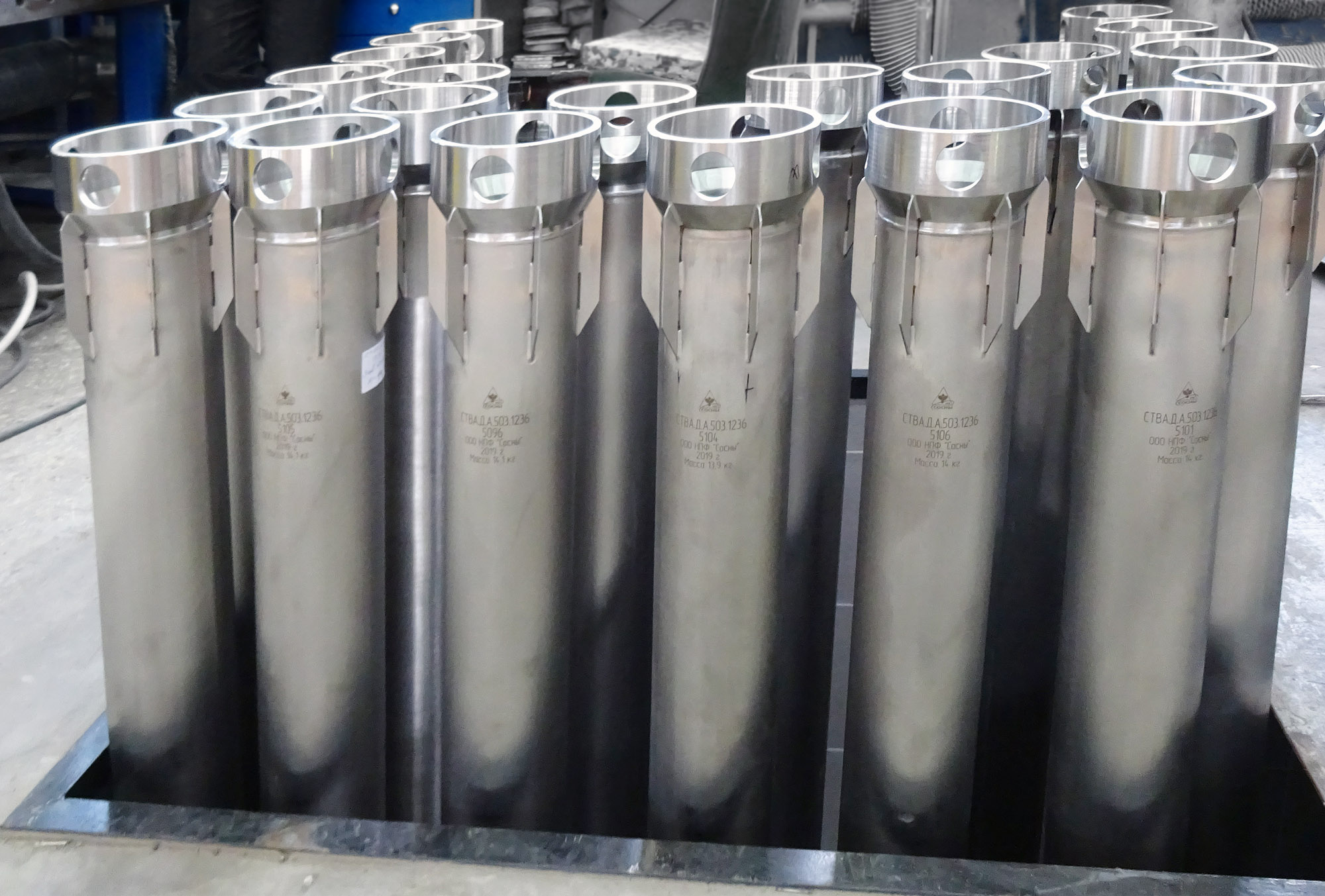 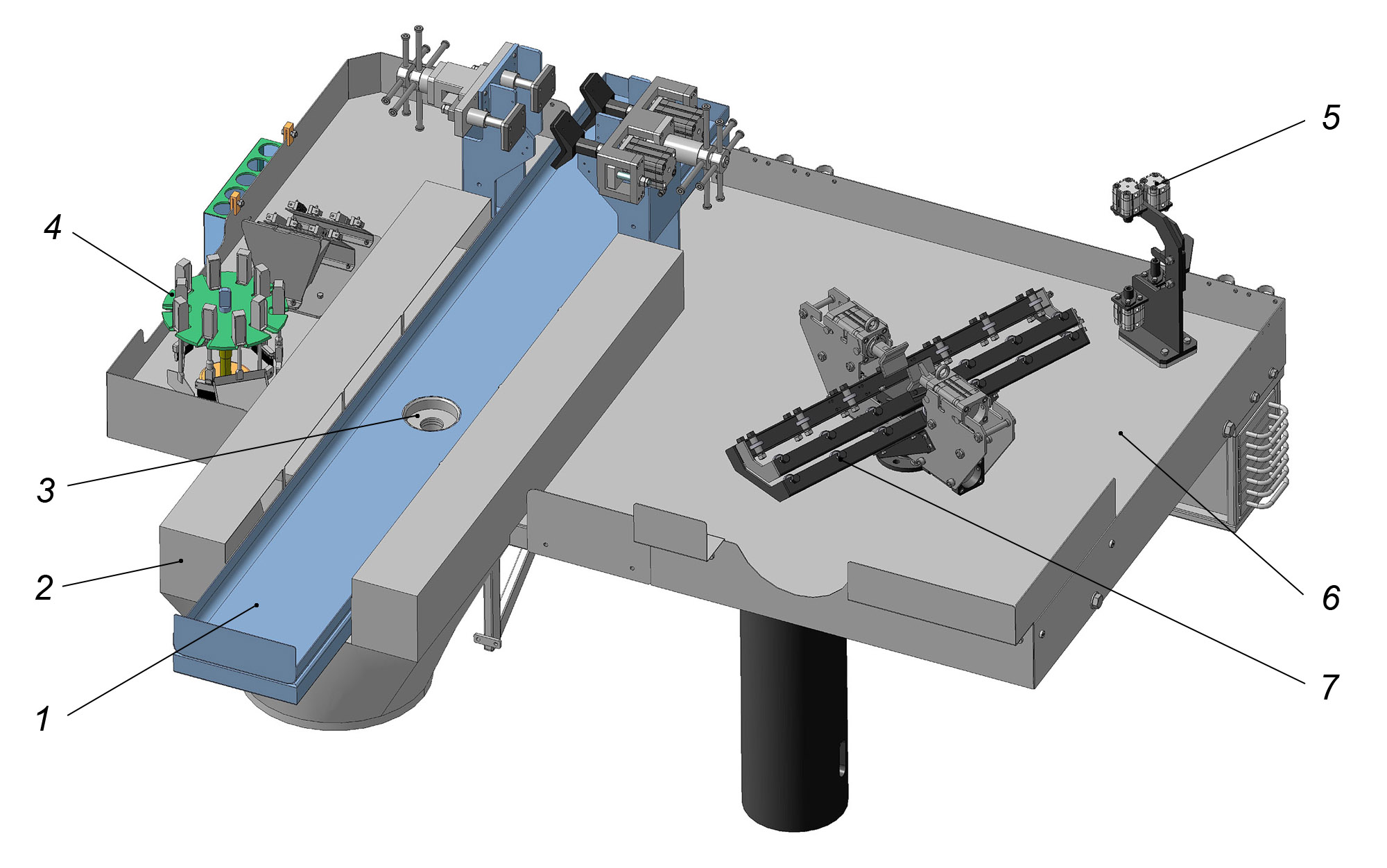 A hold-in frame was developed and fabricated for on-site transfers of the TUK-108/1 cask on a special semi-trailer that allowed to reduce several times over the time of transfer operations both with the empty cask and the loaded one.

For a decade, regular shipments of the spent fuel from the IPPE storage facility have been completed under government contracts with Rosatom State Nuclear Energy Corporation with technical support from the Sosny R&D Company. The nuclear fuel is shipped in TUK-108/1 and TUK-19 casks by rail.

The SNF preparation and removal activities are continuing. To date, more than 40 % of the SNF storage facility at the IPPE has been cleared up.