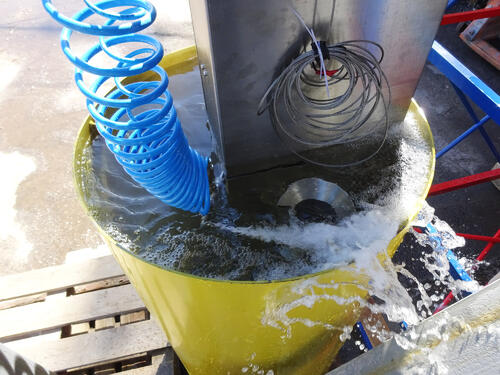 One of the limiting factors that determine the service life of fuel assemblies in the reactor is the solid particles that happen to be in the coolant for various reasons. Stuck in the FA grid assembly, they cause early mechanical failure of the fuel rod claddings including through wear. This can be avoided by developing equipment for removal of foreign objects found between the fuel rods or in the spacer grid assembly.

In 2015, the Sosny R&D Company developed a facility for flushing the RBMK-1000 spent fuel assemblies (SFA) for the Leningrad NPP. It is intended for removal of alien items from the inter-rod spacing by flushing the fuel assemblies that have not reached their maximum burnup and can be re-irradiated. The flushing facility is mounted at the bottom of the NPP cooling pool.

All equipment is made corrosion- and radiation-resistant and enables decontamination. 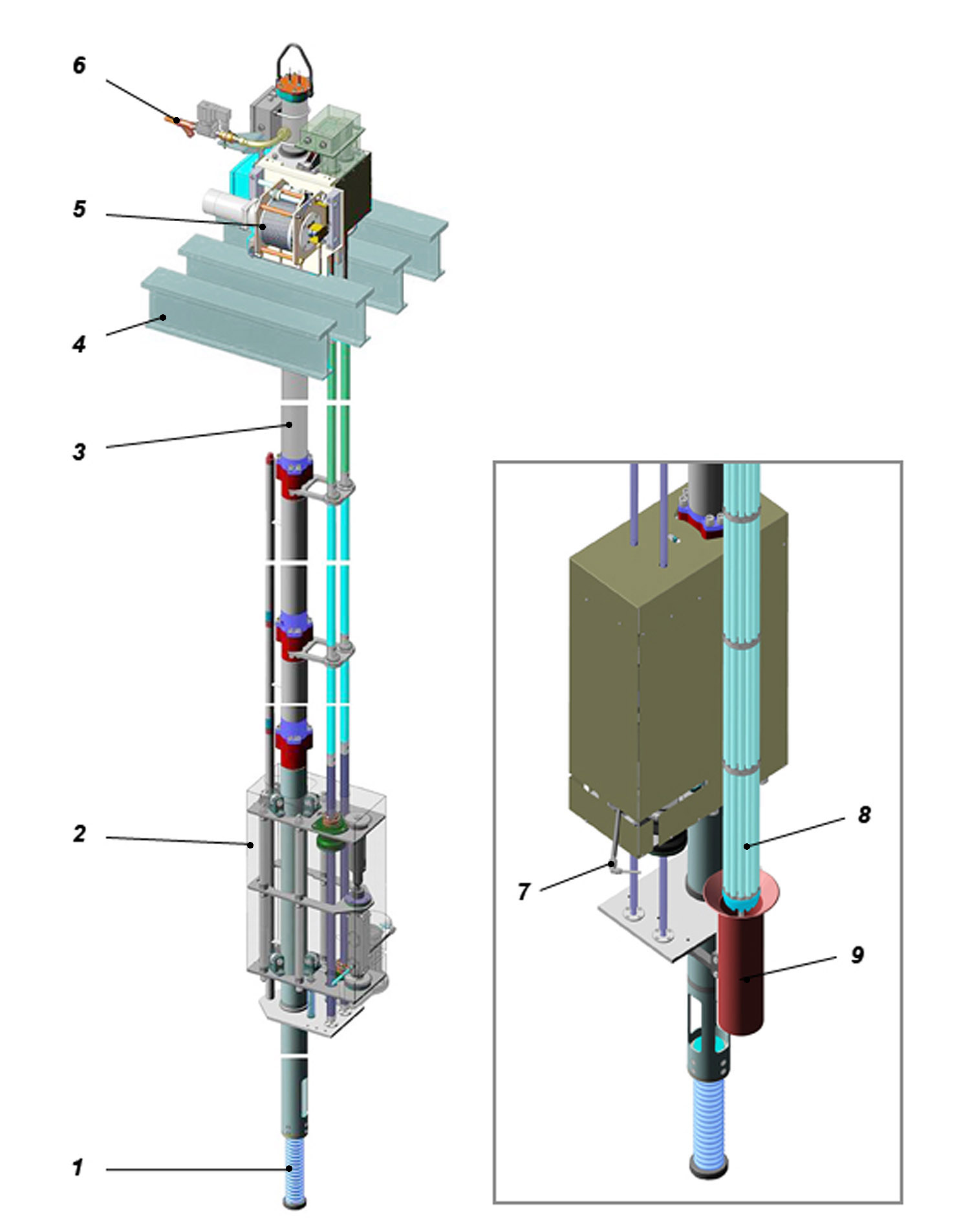 A full set of equipment for the SFA flushing facility was fabricated and delivered to the Leningrad NPP in 2017. Sosny specialists conducted the NPP personnel training on the site.

In 2018, hands-on flushing operations with the spent fuel assemblies were performed for the first time.

The spent fuel assemblies are cleaned up by high-pressure flushing with a water jet thought the nozzle in the rod-to-rod space. For this purpose, the SFA end piece is installed in the guide funnel to prevent its displacement.

The tank-support tube assembly is a vessel for the water supplied through the nozzle and, at the same time, a guide tube for the carriage. The carriage holds the nozzle and the units rotating the nozzle in horizontal and vertical planes. The compressed air is supplied with a compressor making part of the facility.

The process video surveillance, the nozzle position control, and the working medium supply are done remotely. The operation parameters are kept in the non-volatile memory of the controllers and can be changed with the software developed by the Sosny R&D Company. 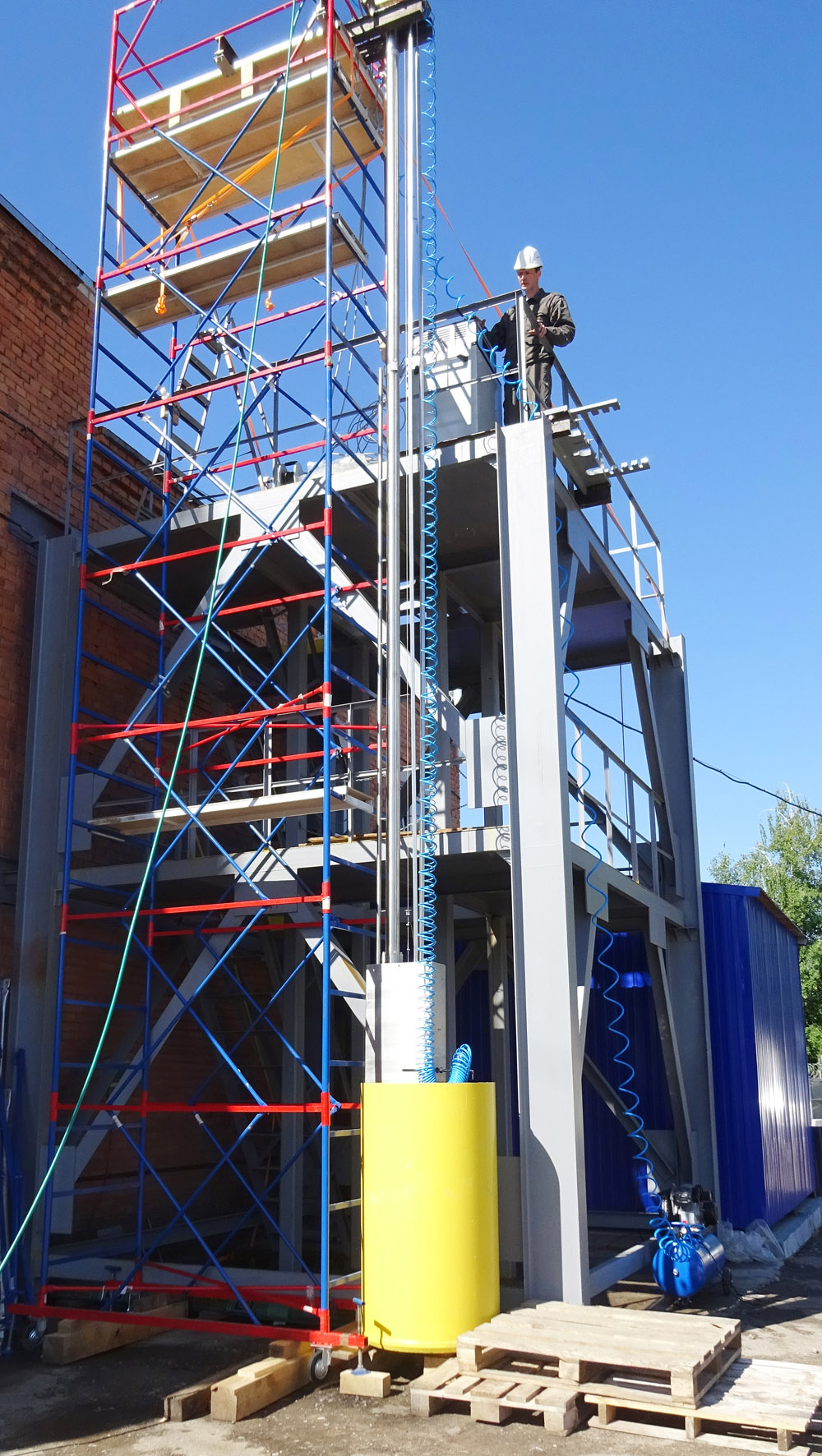