At the moment, surveillance systems based on radiation-resistant video cameras are increasingly employed in hot cells along with windows. The cost of such cameras approaches to several millions of rubles. The lifespan of the key camera component - a vidicon tube - is from 2000 to 7000 working hours with no respect to exposure dose. The use of such cameras is unreasonable in some cases, especially if the gamma dose rate is less than 1000 rad/h. In the fields up to 1000 rad/h with the maximum predicted integral dose of 5x105 rad, we believe it promising to use the CCD/CMOS-based cameras enclosed in the protective corrosion-resistant steel housing. These cameras can be easily replaced if fail due to exceeding these dose limits.

The Sosny's team implemented this solution in the design of multiple surveillance systems successfully employed for inspection of spent nuclear fuel in the cooling pools, SNF storage facilities, during process operations in hot cells, etc. The cameras proved fault-free performance both in the air and underwater, and were resistant to acid and alkaline decontaminants.

The camera has an optional lead enclosure as a shielding against local radiation and a mirror to change the angle of the optical axis.

Remote operations are performed using cameras and lights mounted on long rods to facilitate their delivery to the target area. If required, the rods are equipped with a camera/light tilting mechanism. 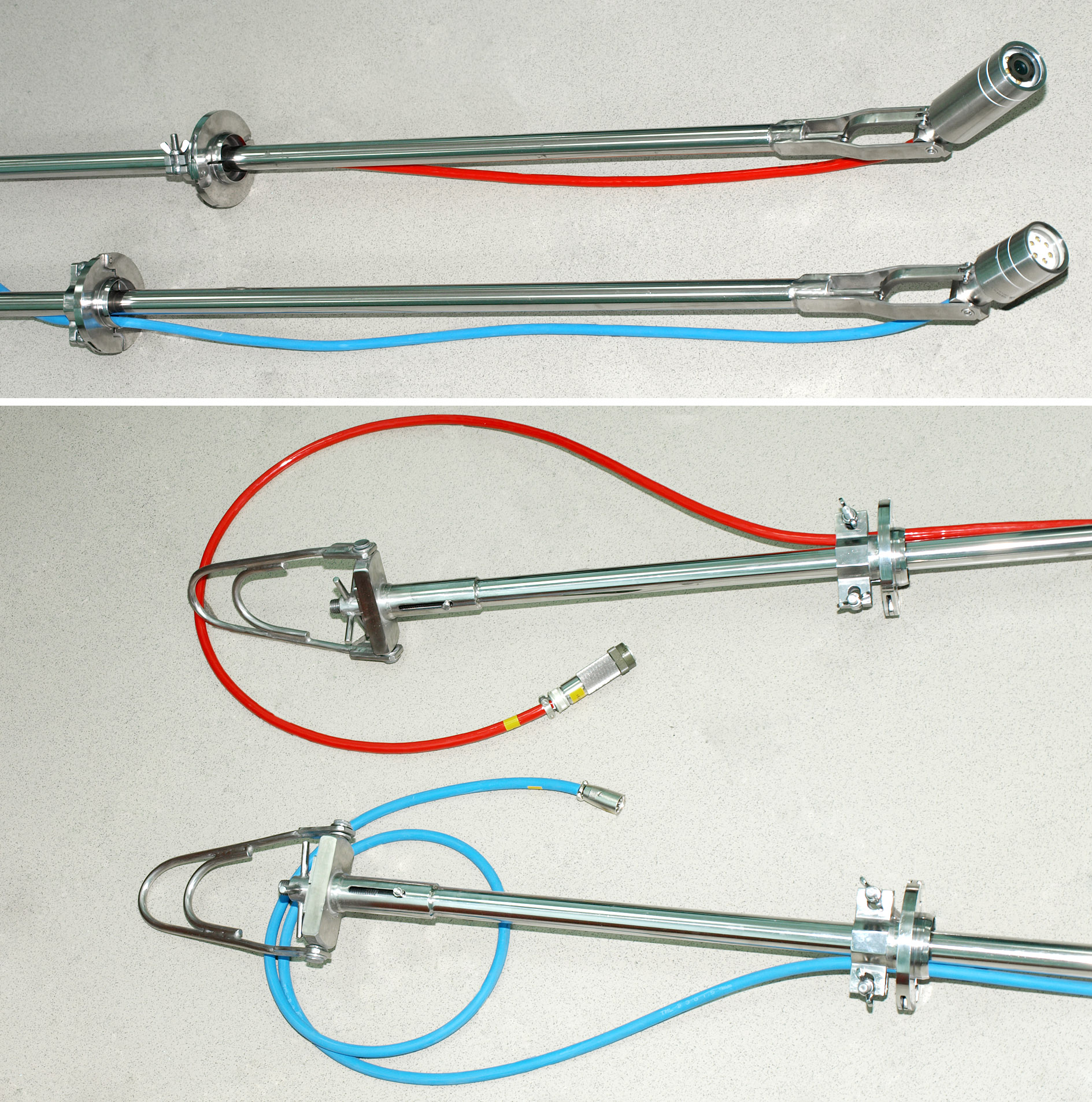 Process camera with a guard

A process camera with a guard is used for dynamic surveillance in confined spaces. The guard provides extra protection to the camera against mechanical damage and facilitates obstacle crossing when the camera is moving tangentially and unsupported. The guard design minimizes the dead zone and does not significantly block the field of view. 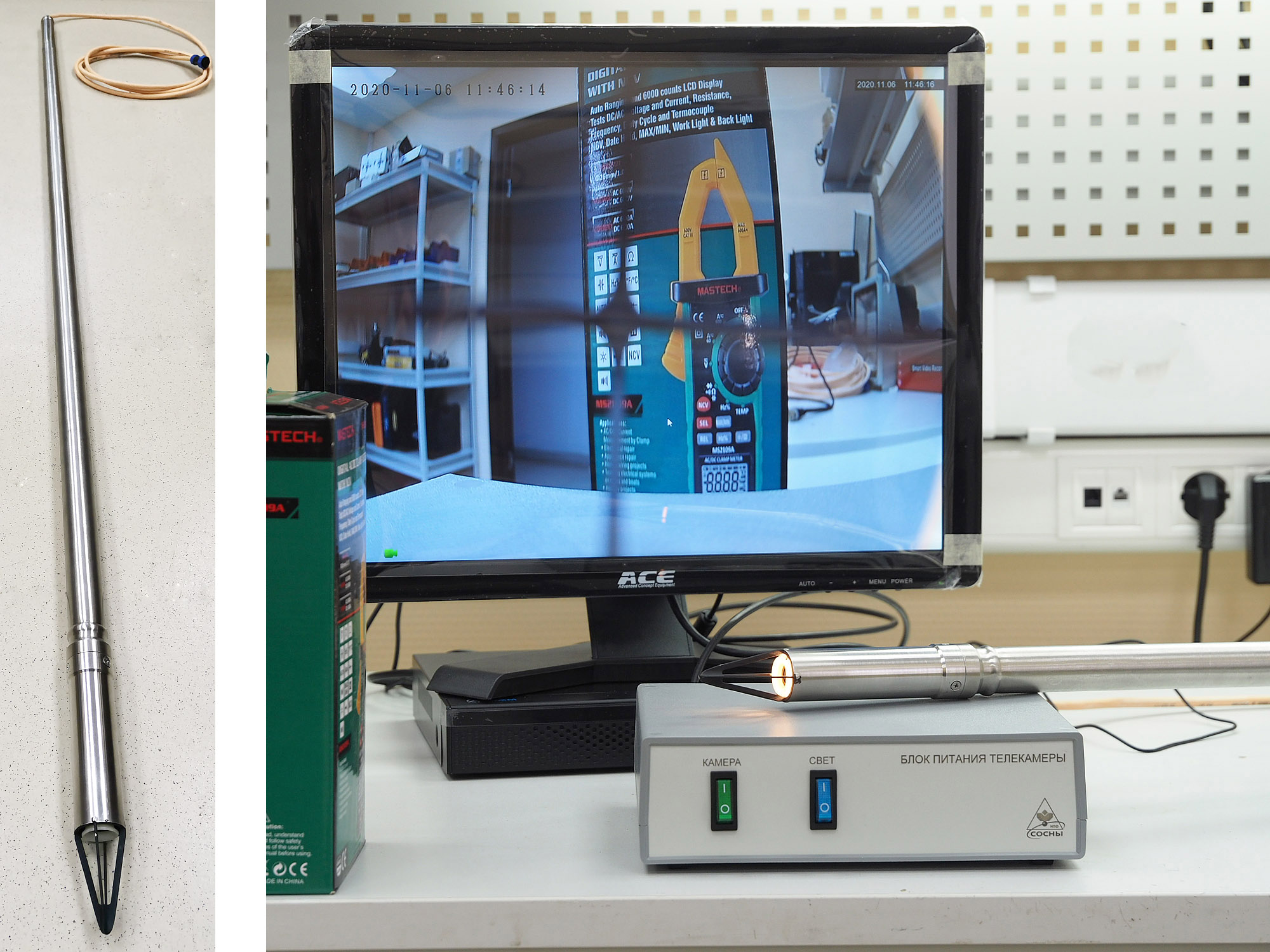 The cameras and lights can be supplied with a mobile skid for operation in unattended and periodically attended areas of the nuclear facilities. The control system equipment (CCTV system unit with a console monitor, a video recorder, a power control unit, and cable reels of the lights and cameras) are arranged on a moving trolley. The control system can be expanded if more cameras are connected. 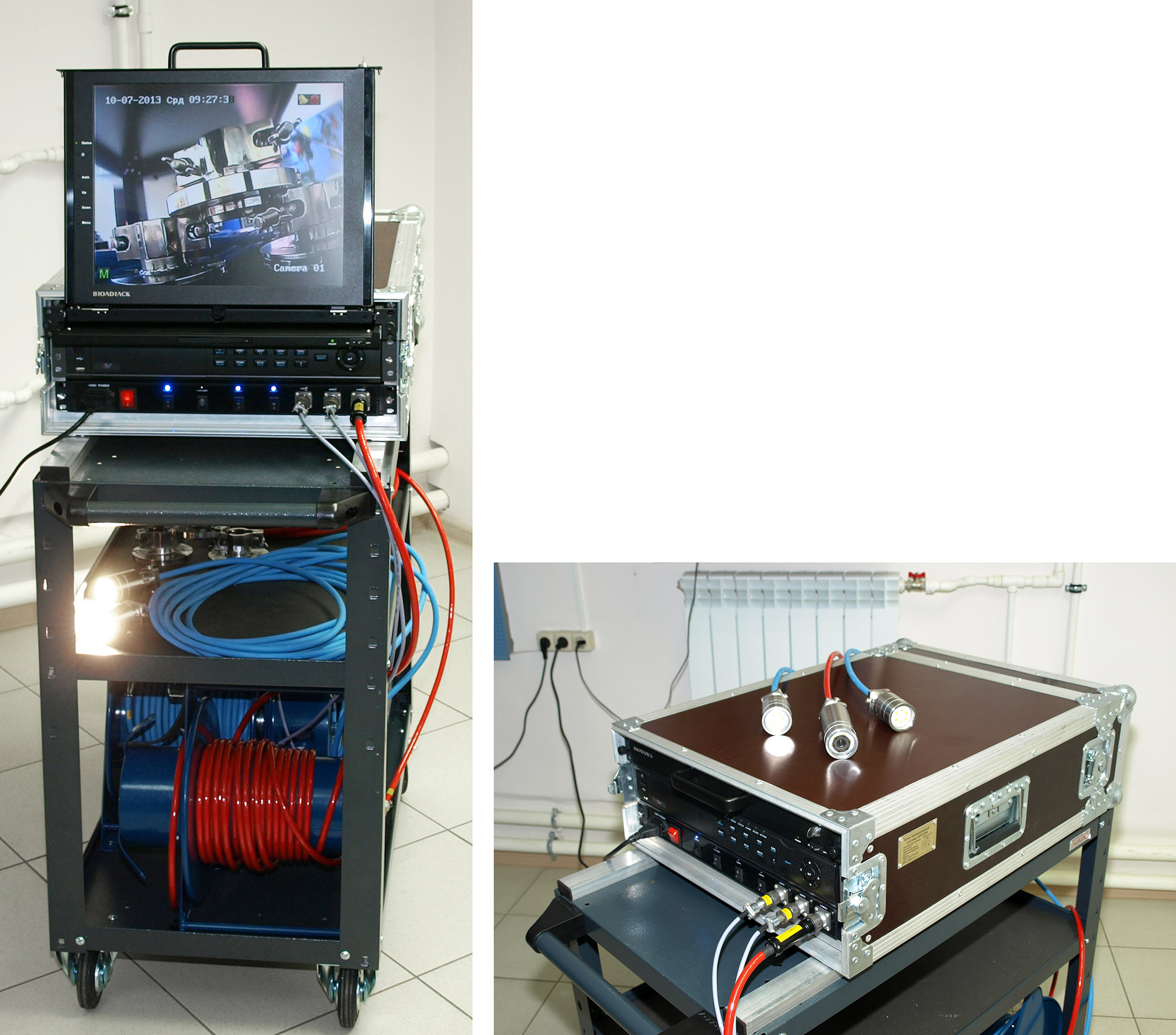