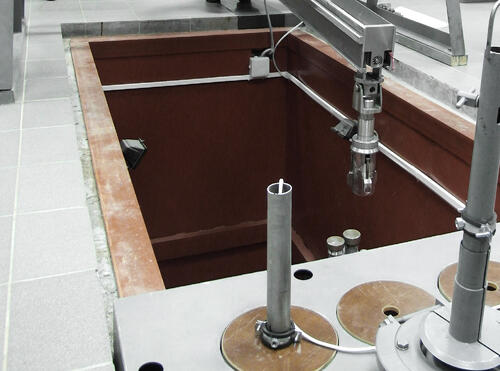 The spent nuclear fuel from the EGP-6 reactor has been stored in four reactor cooling pools at the Bilibino NPP for a long period of time. Two of them were converted to a dry storage regime, and the other two are filled with water. The fuel assemblies in the dry storage pools are stored in plain carbon steel canisters tied up closely to each other with a wire. Some of the SFA canisters are in hard-to-reach niches of the pools. The nuclear power plant has no technology or transfer equipment for handling the spent fuel assemblies outside the central reactor hall and for a removal from the site. What makes the situation even worse is the remote location of the Bilibino NPP and the lack of a suitable transport infrastructure.

In 2010, the Sosny R&D Company signed a government contract with the Rosatom State Atomic Energy Corporation to perform a comprehensive engineering and radiation survey of the storage pools with specifically designed equipment. Thereafter, it was possible to develop a technology and equipment for removal of the spent fuel from the EGP-6 reactor facility. 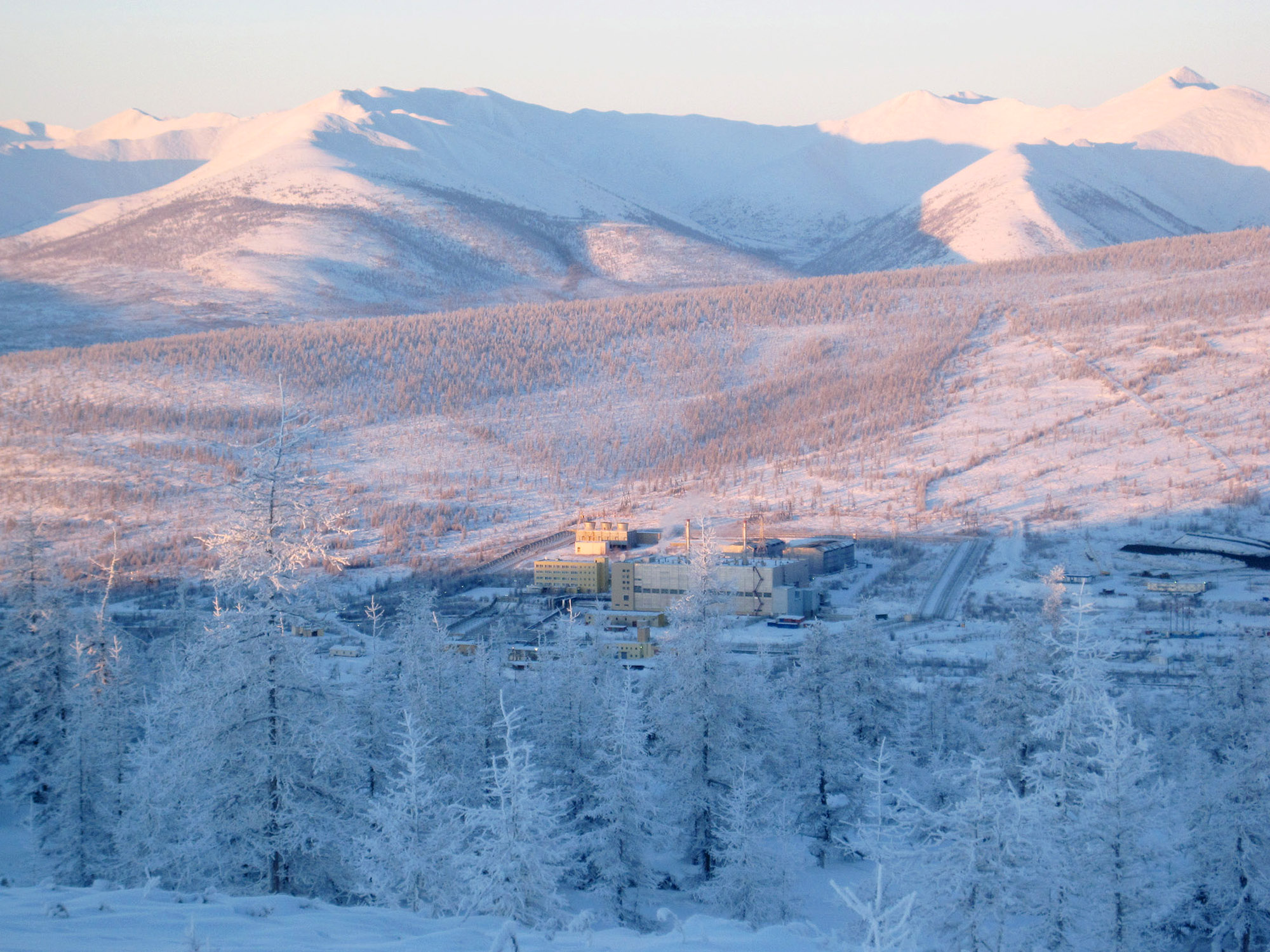 The technology developed by the Sosny R&D Company included retrieval of the SFA-containing canisters from the dry storage pools by remote manipulators, cutting of the SFAs into structural and fuel parts, packaging of the fuel parts into shipping ampules, purging and tightening of the ampules by welding their lids. The SNF-containing ampules were supposed to be loaded into transport casks through a transfer cask.

A gripper manipulator was specifically designed to retrieve the SNF-containing canisters from the storage pools. The key challenge was to attain the required payload with the overall dimensions rigidly limited and a significant operating radius during operations in the niches. Once the manipulator of the proposed design is installed in the existing slab holes, its arm is moved to the operating position.

Other equipment including the one for the SFA cutting and encapsulating was developed. 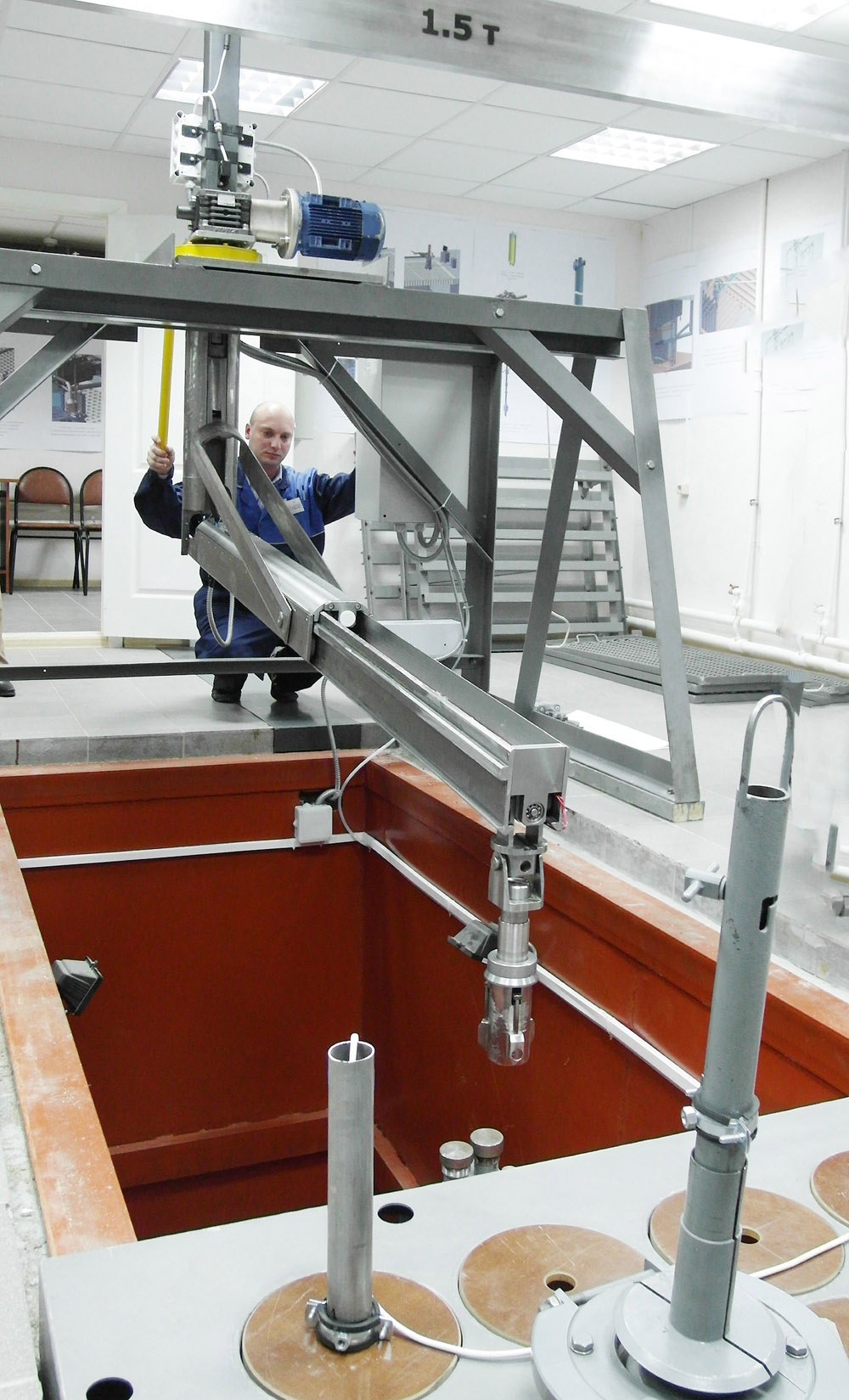 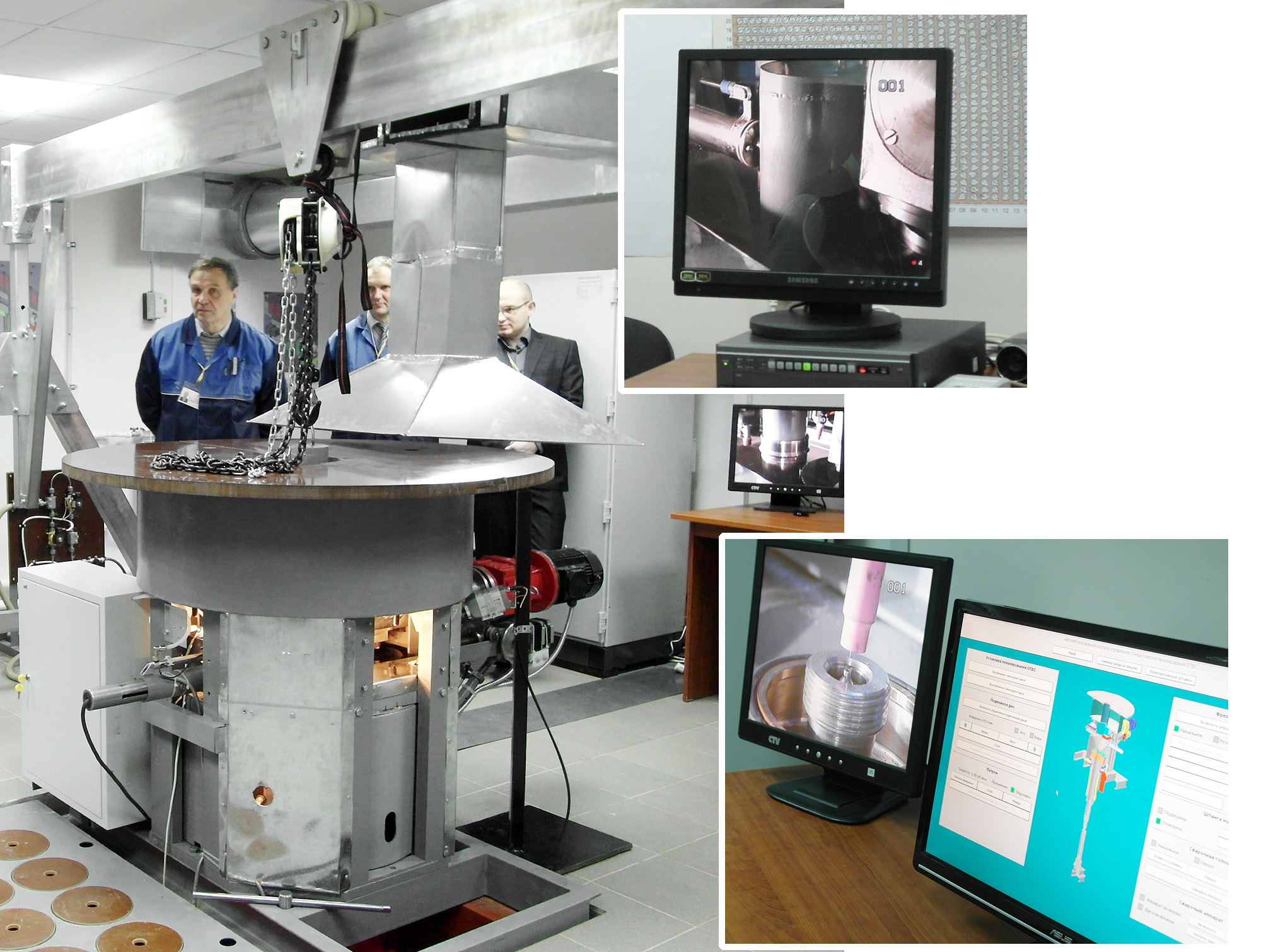 The design solutions for the most critical units and the technological procedure were tried out at the test facility of the Sosny R&D Company. The test facility included areas for the fuel retrieval, SFA incoming inspection, loading into canisters with a mockup unit for automatic SNF cutting and loading, areas for drying and replacing the internal medium in the SNF-containing canisters and weld leak testing. The equipment safety for the SFA retrieval was justified with account taken for seismic characteristics of the Bilibino NPP's location area.

Feasibility studies were performed the take the final decision on the fate of the EGP-6 SFAs and identify the most economically acceptable scenario. Three options were proposed:

1) further storage in the pools,

2) deep disposal in the immediate vicinity to the NPP (in the mines or tunnels),

3) removal to a reprocessing or long-term storage facility.

The feasibility studies addressed advantages and disadvantages of each option and assessed their time and costs. Basing on the outcomes, the working team of Rosatom State Corporation, ROSENERGOATOM, Administration of Chukotsky Autonomous Region, and expert organizations recommended the immediate removal of the spent fuel as the primary option for the spent fuel of the Bilibino NPP.

In 2013, under a new government contract Sosny experts performed a pre-design survey, prepared a declaration of intent, an environmental impact assessment report, and a justification of investments, as well as conducted public hearings in the town of Bilibino to discuss the impact of the planned activities on the environment. Following the work, Rosatom State Corporation issued a working program on preparation of the Bilibino NPP for decommissioning.

Nuclear & Enviromental Safety, No. 3-4, 2013:  Choice of Transport Routes For Bilibino Spent Fuel on the Basis of Radiation Risks Assessment