Procedure and Equipment for Liquid Spent Fuel Transport and Reprocessing 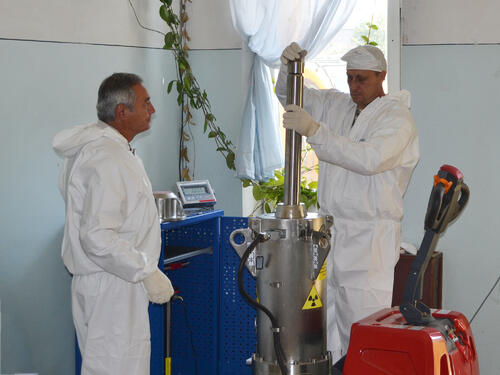 The work was performed under the Russian Research Reactor Fuel Return program (RRRFR) and in connection with the preparation of Foton JSC radiation and technological complex (Tashkent, Uzbekistan), which comprised an IIN-3M research reactor (RR), for decommissioning.

After the reactor shutdown in 2013, its liquid spent nuclear fuel (LSNF) in the form of the uranyl sulphate solution enriched to 90% in uranium-235 remained inside the reactor (approximately 23 L) and some containers with the LSNF were stored in the safe box in the isotope storage room (about 1 L).

In spite of the fact that there are some solution reactors in Russia, no technology of LSNF shipment existed. Moreover, such a fuel was not included in the range of the fuel that can be reprocessed at the Mayak PA.

A new Gov-to-Gov Agreement between Uzbekistan and Russia was signed and ratified to implement the first import of LSNF into Russia. This Agreement defines legal and regulatory framework of IIN-3M reactor LSNF import. The Agreement states that "irradiated nuclear fuel is imported in accordance with the procedure and conditions of import of spent fuel assemblies of nuclear reactors into the Russian Federation from foreign countries for interim storage and reprocessing, and retaining of generated waste in the Russian Federation, stipulated by the Russian laws". 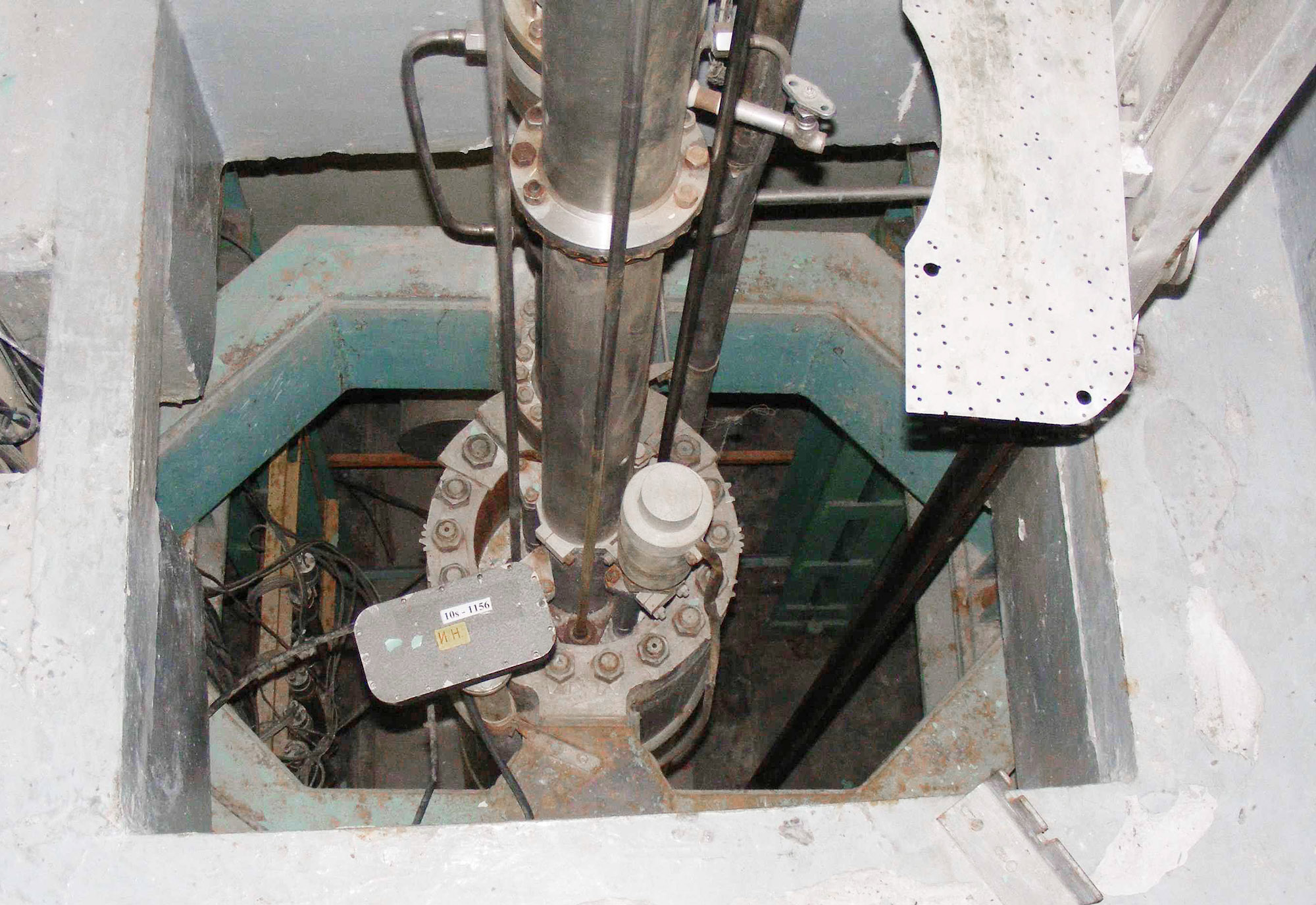 When preparing the shipment and reprocessing of IIN-3M reactor LSNF, the specialists of the Sosny R&D Company performed the following activities:

The safe LSNF handling was paid the particular attention at each stage of this project.

Special equipment was designed and fabricated for discharge and temporary storage of uranyl sulphate solution, such as:

All equipment above ensures nuclear safety and protects the personnel from the ionizing radiation. It also prevents any unauthorized access to the uranyl sulphate solution arranged for temporary storage.

The equipment design process included several safety analyses, such as nuclear, radiation, fire and explosion (hydrogen accumulation) safety analyses, and an analysis of possible accidents. The nuclear safety expert assessment report issued by the IPPE and the expert assessment report issued by the State Inspectorate Sanoatgeokontechnazorat, the Uzbek regulating authority, have confirmed the compliance of all safety documentation with the applicable Uzbek rules and regulations.

In September 2014, the uranyl sulphate solution was discharged from the reactor core using the equipment for LSNF discharge and temporary storage and the special developed procedure. The fuel was loaded into temporary storage canisters.

The personnel exposure during these operations was significantly less than the admissible limits.

The design of the canister for transportation of liquid spent nuclear fuel has a patent (Utility Model Patent 171174 РФ). 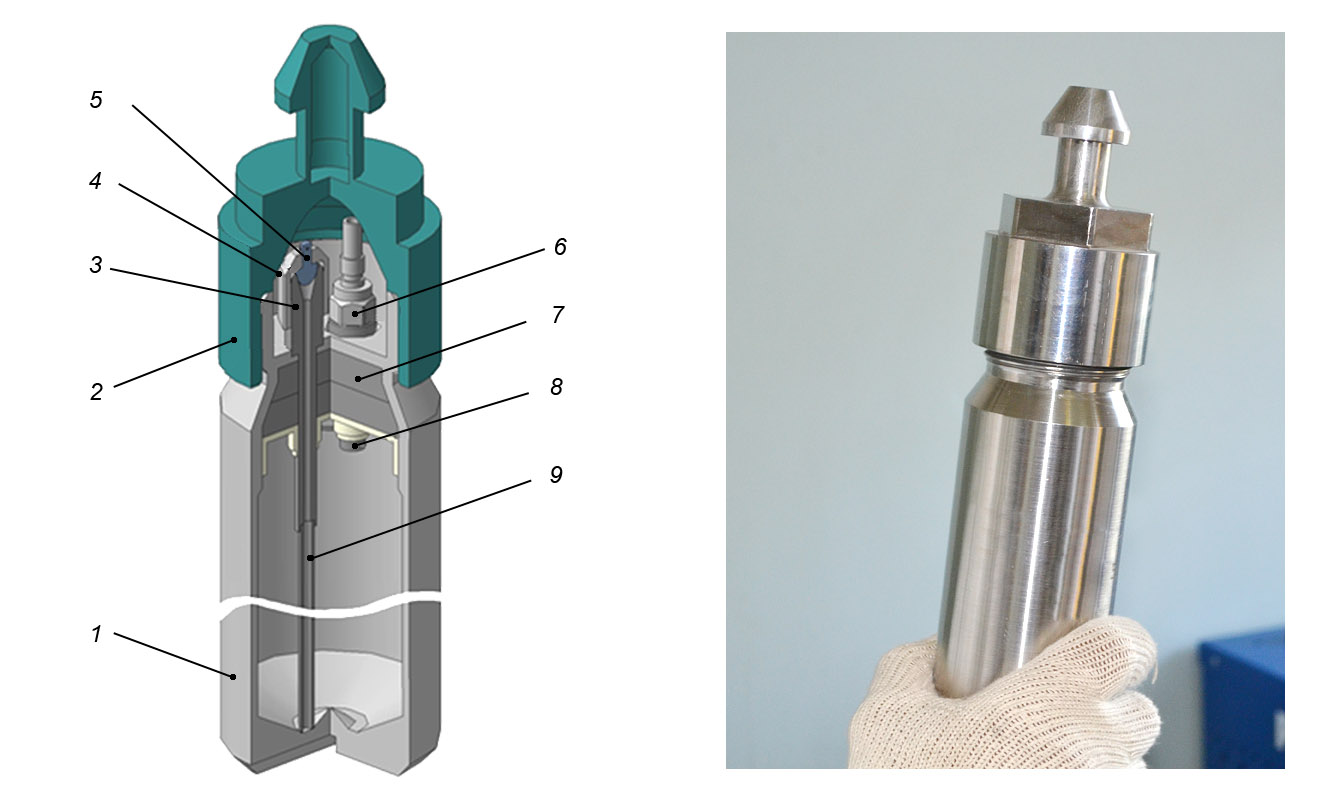 For transportation of canisters with LSNF it was decided to use TUK-145/C that was previously used to transport RR SNF from Vietnam and Hungary by air. The system of special polyethylene energy absorbers of four types was added into the cask for this shipment. They were installed into the free cells of SKODA VPVR/M cask as well as on the top and bottom of each canister providing additional dynamic absorption of dangerous radioactive content of the package.

Impact of the TUK-145/C cask loaded with canisters with LSNF onto a solid target at a velocity of 90 m/s was calculated to support the selected design. It was determined that in all considered cases of impact (axial, side and angle) the canisters with LSNF inside SKODA VPVR/M cask maintain their integrity and tightness that excludes release of LSNF from canisters and its appearance inside SKODA VPVR/M cask in case of air crash.

Nuclear safety of package design and shipment is justified by IPPE expert assessments.

The technology was developed for loading LSNF of IIN-3M RR into casks that includes the following:

Equipment previously used for loading SFA at Dalat Research Reactor Institute in Vietnam - handling platform, support plate with an adapter and guide pins - was partially applied to implement the technology. The part of the equipment was specially designed for this shipment including transport canisters, transfer cask, grapples, shock absorbers.

In October 2014, in the Czech Republic at UJV Rez equipment was tested for compatibility with SKODA VPVR/M cask and equipment used during removal of SFA from Vietnam.

After the dry run, the equipment was sent to Tashkent. At the same time the second batch of the equipment designed by the Sosny R&D Company containing ramps, a pallet truck, a leak test station, a buffer tank, a weighting module and transport canisters was also transported there. After assembling the equipment in the reactor room the reactor personnel was trained and related certificates were issued. In March 2015 after the related tests the equipment was commissioned. 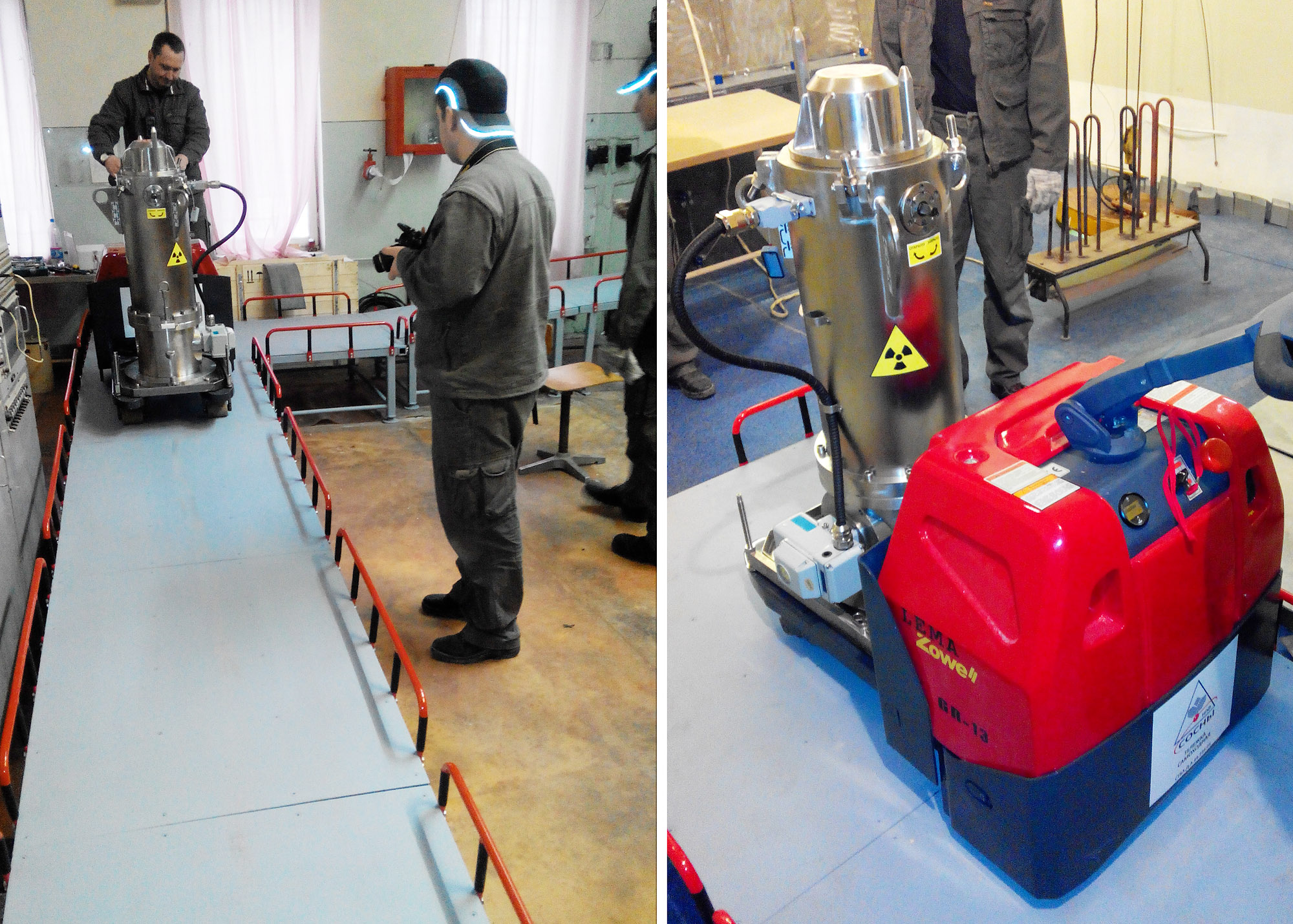 Safety of the equipment for loading liquid SNF into the transport cask and its compliance with the existing rules and regulations of Uzbekistan were confirmed by the related analysis and expert assessments.

In 2013 Transport and Technological Scheme of acceptance, temporary storage and reprocessing of LSNF was developed, uranium extraction parameters were optimized, measures to compensate the effect of the corrosive solution on the equipment were developed and parameters of radioactive waste resulted from LSNF reprocessing and handling procedure were refined for Mayak PA to accept a new type of SNF.

Special equipment was designed to implement this scheme: the grapple and fixation for unloading LSNF from transport canister and the line for discharge of LSNF into technological apparatus for reprocessing. Within the frame of safety assessment of the designed equipment strength, fire and explosion safety, radiation and nuclear safety were calculated. Nuclear safety was validated by IPPE Nuclear Safety Department. After developing technological procedures and instructions for Mayak PA personnel as well as performance of the expertise by specialists of Scientific and Engineering Center for Nuclear and Radiation Safety, the License of Rostechnadzor for acceptance, temporary storage of packages and reprocessing of IIN-3M RR LSNF of Foton at Mayak PA was issued.

During 2014, the equipment for acceptance, temporary storage and handling of LSNF at Mayak PA was fabricated in compliance with the design documents prepared by Sosny R&D Company. Fabricated and assembled equipment was commissioned after factory tests.

In September 2015, the LSNF-containing canisters were loaded into the shipment cask on the IIN-3M reactor site. Then, the liquid spent fuel within a TUK-145/C package was shipped to Russia by air to be reprocessed at the Mayak PA radiochemical plant. 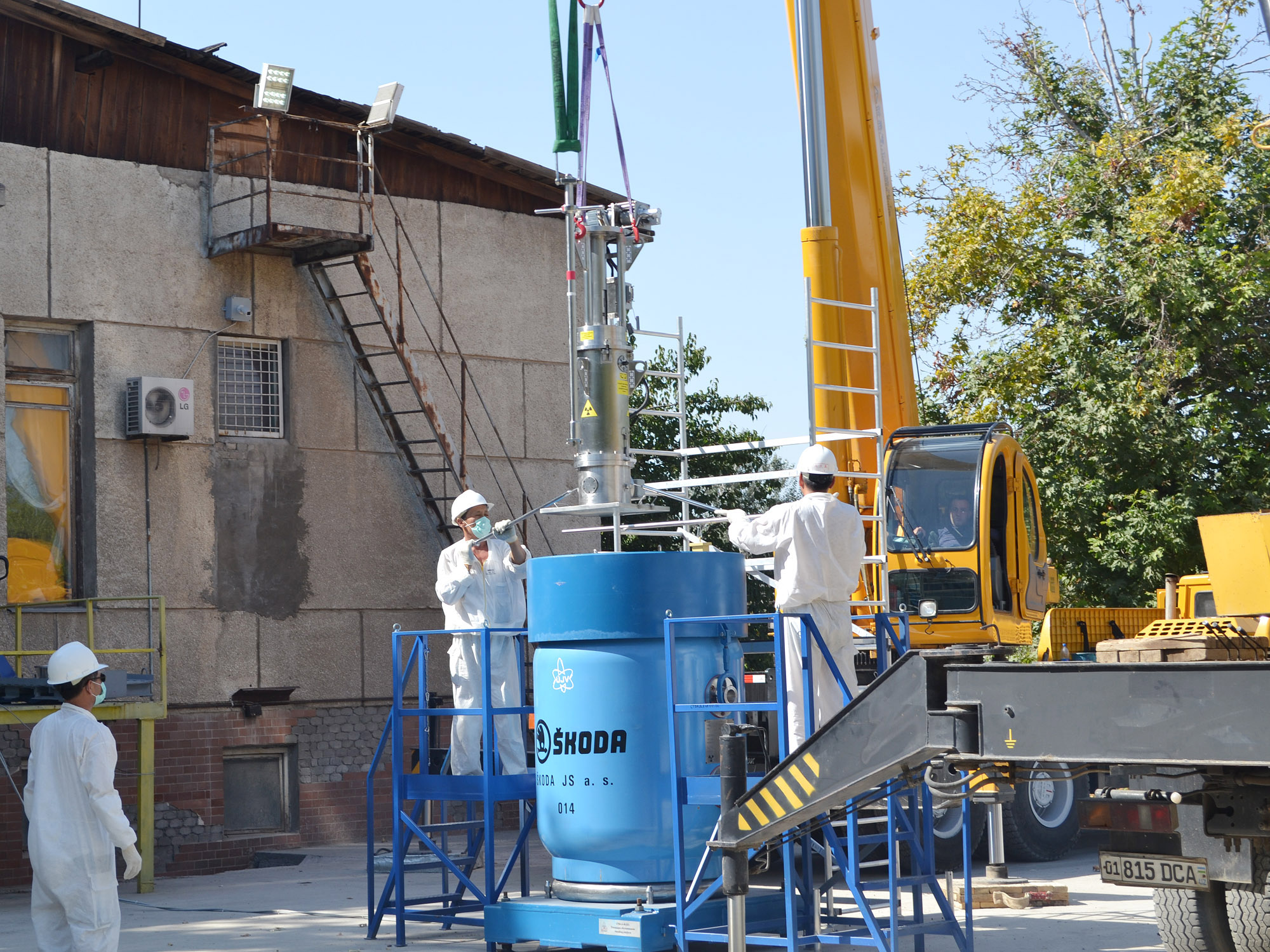 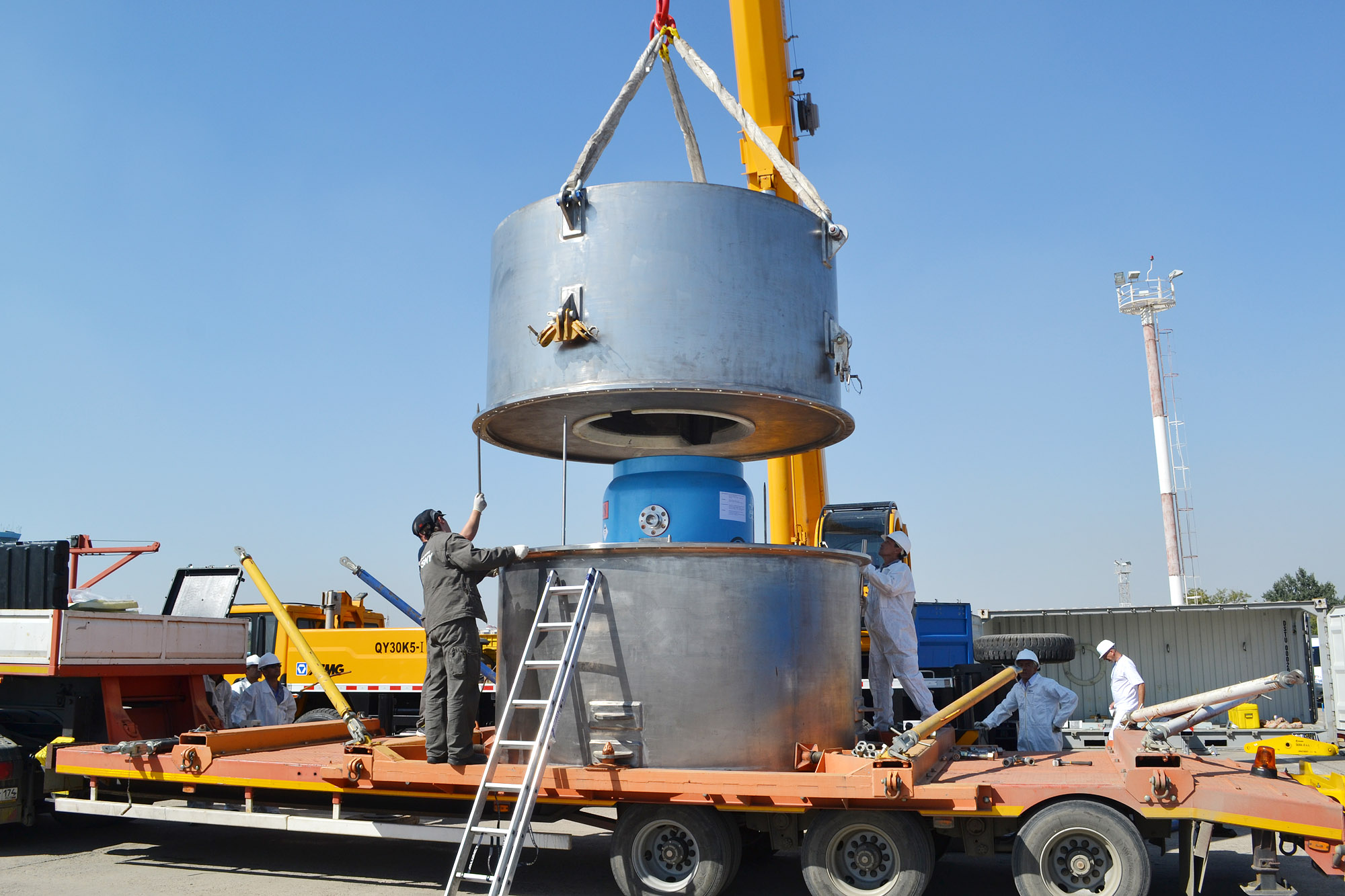