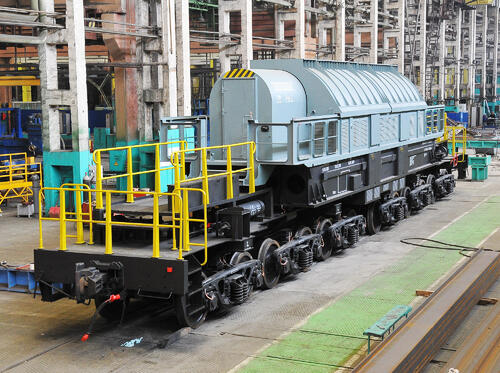 The nuclear power plants and spent fuel reprocessing plants have a well-developed plan for loading the TUK shipping casks with spent fuel assemblies (SFAs) onto the rail conveyances, making up a train and transporting the nuclear material by rail, and this plan has been applicable for decades. The rail transportation is safer in comparison with the road one because it supports both the reliable physical protection and the accident-free shipment of the spent nuclear fuel (SNF).

But it is a labor-intensive process because in addition to the design and fabrication activities which must be done in compliance with the current regulatory documents, the certification tests are also required. Nevertheless, the replacement of the existing rail transporter fleet can be more economically viable comparing with the extension of the rail transporter service life after its upgrade and re-certification.

To solve this problem, the work done by several companies has to be consolidated.

The ТК-Е-140 rail transporters and ТК-U-141 rail transporters have been created under the investment programme for replacing the obsolete TUK casks used to transport VVER-440 SFAs and VVER-1000 SFAs. The Employer was the Federal Center for Nuclear and Radiation Safety (FCNRS). The Contractor was Sosny Research and Development Company. The Designer was Tver Central Design Bureau of Transport Engineering (TSKB TM). The research support was provided by the Moscow Rail Research Institute (VNIIZHT). The transporters have been fabricated by the Bryansk Machine Building Plant (UK BMZ). The work was supervised by the Federal Budgetary Organization “Register of Certification on the Federal Railway Transport” (RC FRT) located in Moscow.

The ТК-Е-140 rail transporters and ТК-U-141 rail transporters have been created in 2016 as a result of the joint work with the TSKB TM and the UK BMZ Plant. The ТК-Е-140 rail transporter is intended to move ТUК-140 cask with the enlarged loading with the spent fuel assemblies of the VVER-440 reactors of the 1st, 2nd and 3rd Generations to replace TUK-6 cask. Its bogie is 02-ВМ, it is in accordance with the European standards. The transporter was subject to certification tests in later 2016 and cold run tests at Mayak PA in early 2018. Preparations for cold run tests at the Kola NPP are underway to accept it for further service. 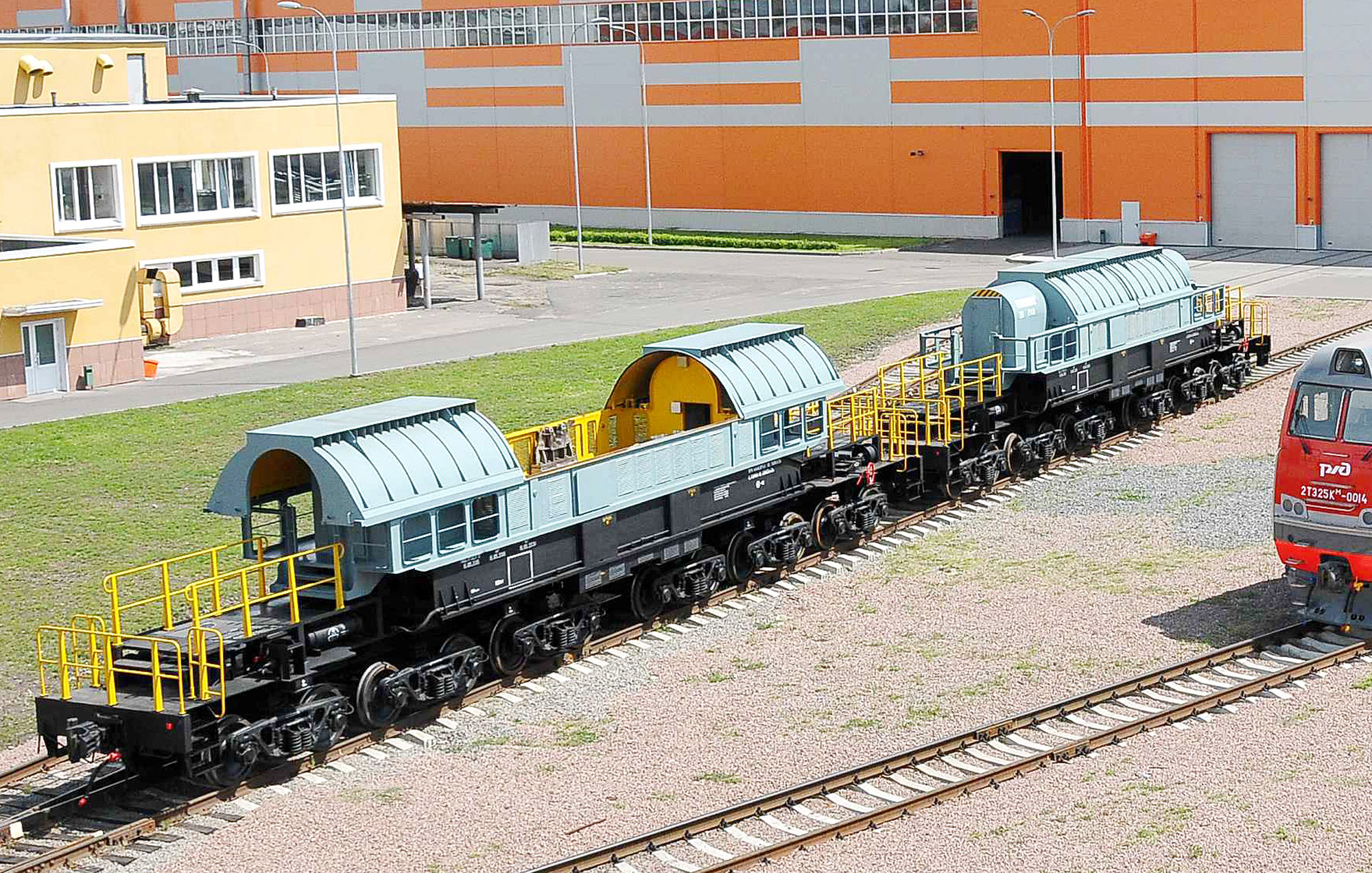 The ТК-U-141 rail transporter fits the track gauge 1-T and is designed for Russian railway tracks only. It is intended for transportation of TUK-141 casks with an increased payload of VVER-1000 SFAs of higher fuel burnup and enrichment (instead of TUK-13 casks). The year 2017 witnessed cold run tests at the Kalinin NPP, Mayak PA, and the Mining and Chemical Combine, as well as a pilot removal of the spent fuel from the Balakovo NPP.

A 125-ton weight/size mockup was built for testing the ТК-Е-140 and ТК-U-141 rail transporters. A frame with a set of weights simulates the cask dimensions, weight, and mass distribution. Handling the mockup does not require a high-capacity crane. 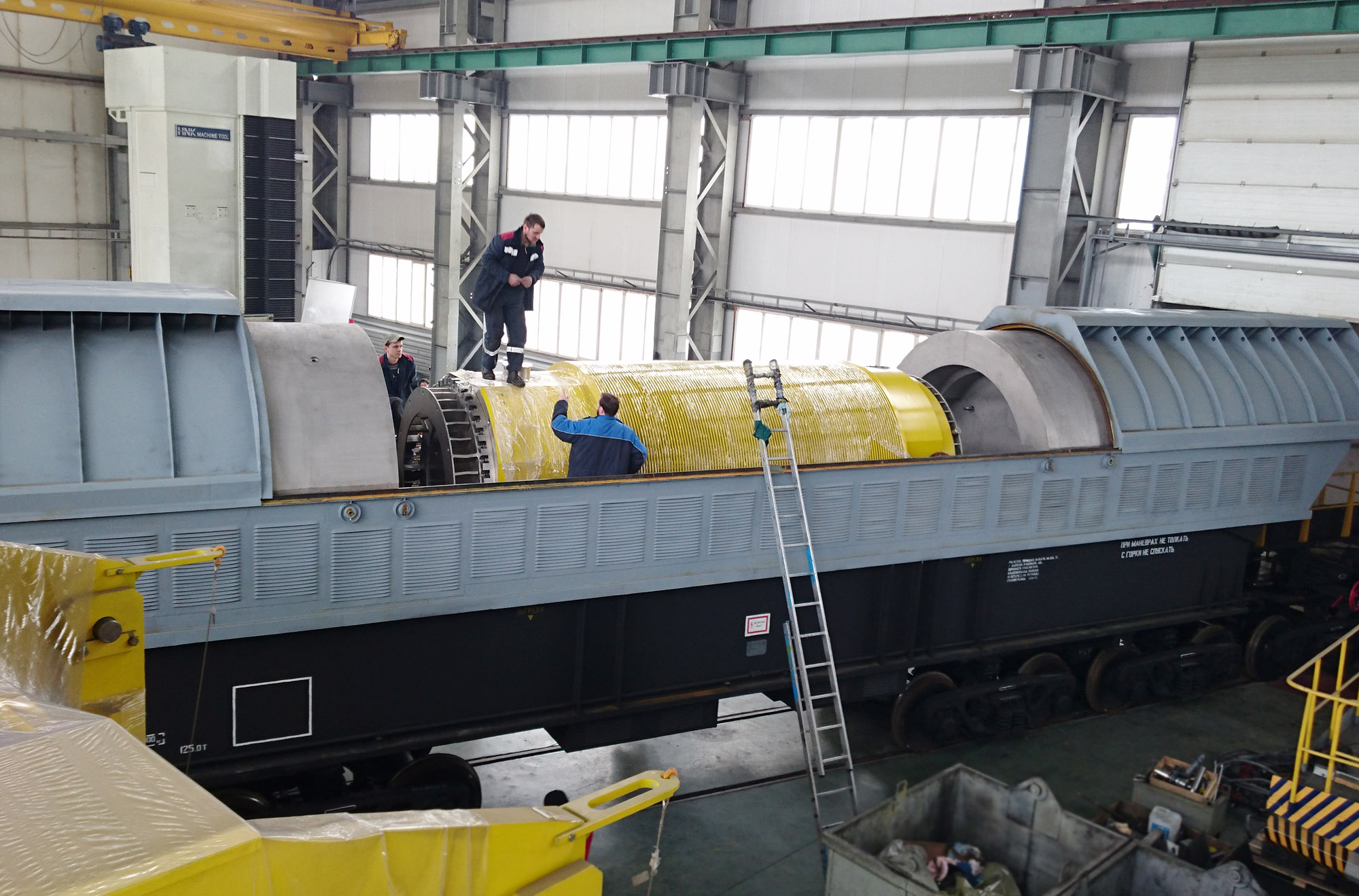 In the context of reprocessing VVER-1000 SFAs, Mayak PA invited tenders in May 2017 for supply of five ТК-13Т-2 rail transporters for on-site transfers of ТK-13 or ТK-13/1 shipping casks.

The Sosny R&D Company took on the role of the primary coordinator, as well as fabricated bodies and special equipment for the rail transporters and ensured compliance with safety standards for the use of atomic energy.

Another participant, the TSKB TM, revised and upgraded the design documentation, manufactured the components and assembled the rail transporters.

The work was supervised by the RC FRT and Russian Railways Company.

Prior to the cold run tests, the Sosny Company’s designers reviewed the design drawings and created the 3D models in order to check compatibility of the TUK-13 cask, the standard lifting beam available at Mayak PA and the ТК-13Т-2 rail transporter.

On completion of fabrication the rail transporters were subject to certification tests and cold run tests at Mayak PA. 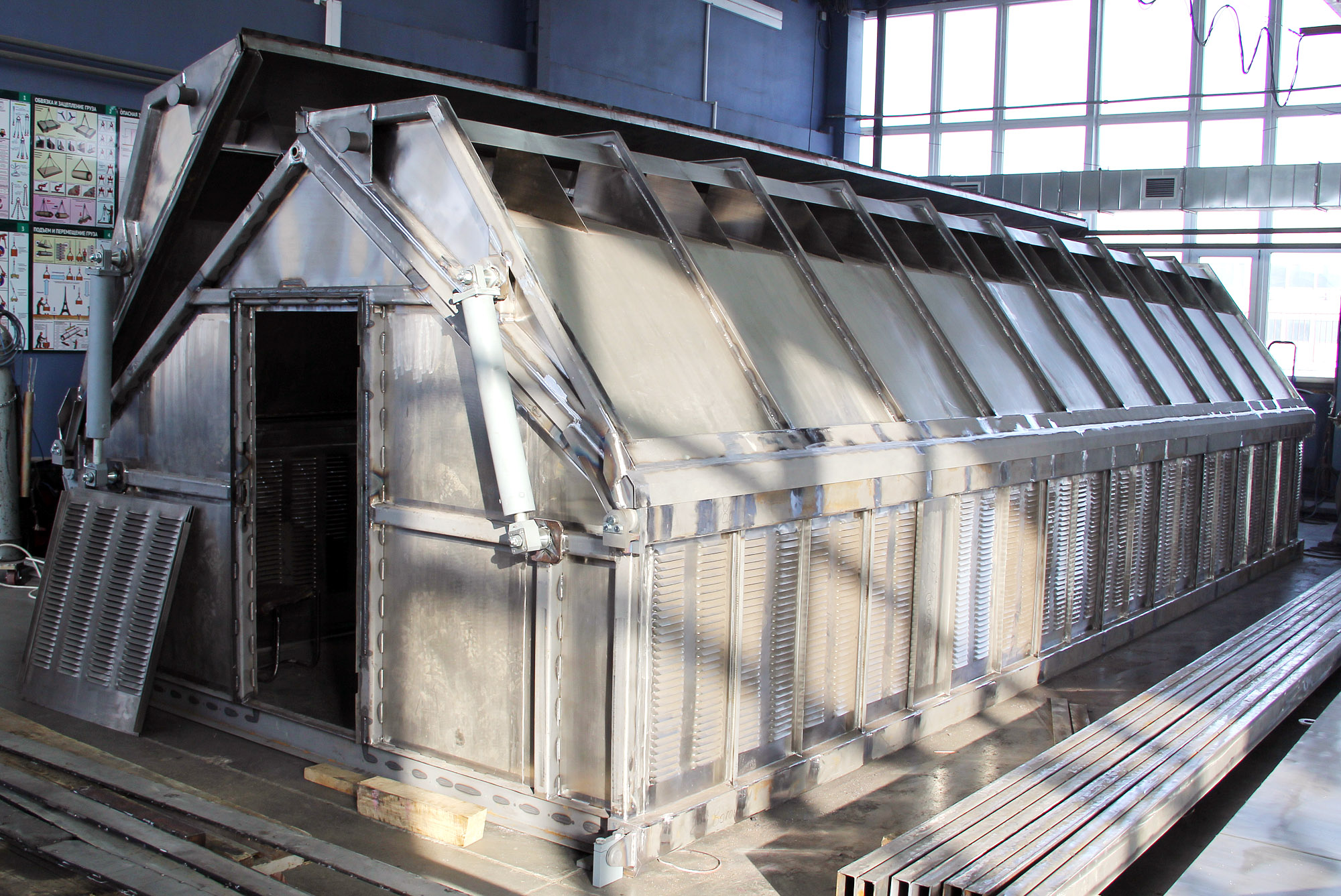 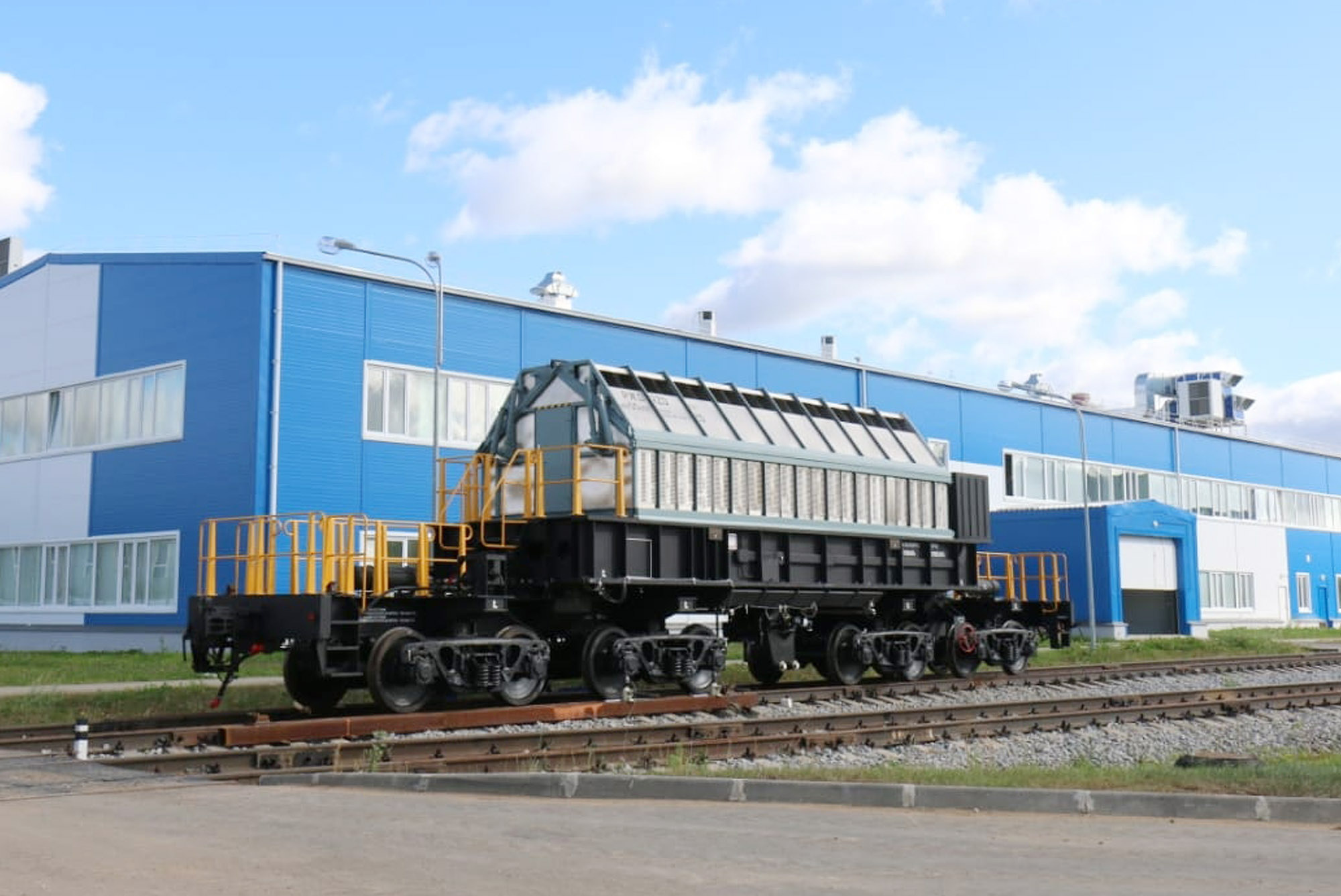